Shimla: Trade on the Indo-China border post through Shipki La pass in Kinnaur (Himachal Pradesh) for the first time in 18 years touched a record turnover of Rs 1.4 Cr, something that has raised hopes for revival of this arterial Great Silk Trade Route through Tibet and across the Himalayas.

State industries department officials here disclosed that the goods worth Rs 90 lakhs were exported by the 45 Indian traders who made 180 trips into Tibet through the pass. From Tibet side, goods worth Rs 62 lakhs were imported into India, the officials say. 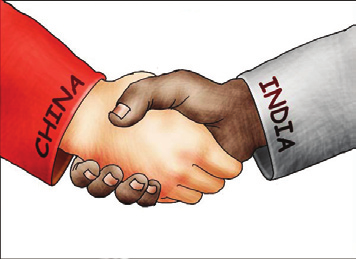 The border post was opened for international trade in September and was officially declared closed for winters on November 30.

As part of normalization of relations along the Indo-China border, the Shipki La trading post was thrown open in 1994 after signing of a protocol in September 1993.

In the hope that the old trade route lying closed since the 1962 border conflict would  regain its preeminence in the lives of high altitude tribal’s living in Kinnaur and Spiti, trade, there was a rush in the first year and about 90 traders from Indian side did business at the post in 1994.

Total volume of business in the opening year was Rs 25 lakhs, which included Rs 11 lakh worth of exports.

Besides the official trade that is carried out at Namgya village on the Indian side of Shipki La pass and at Namgya Jijubu village on the Tibet side of the pass, illegal trade with China at the border has been reported over the years.

Last year a consignment of high value Pashmina wool valued at about Rs 9 crore was seized by the police during routine checking.

Three years ago, police had seized two truckloads of red sanders wood, said to be used for medicine and incense in Tibet, from a village close to the border and were intended to be smuggled across into Tibet.

The pass was also used for a pilgrimage route to Mount Kailash, as it was the closest route along Satluj River gorge to the holy site for Hindus.

Indus River, Bharmaputra River and Satluj River originate from the same catchment area in the vicinity of Lake Mansarovar and Mount Kailash.

In the 1962 conflict, the Shipki Pass was also one of the routes through which Tibetan refugees fled the highlands to seek refuge in India.