New Delhi:  Helming “The Reluctant Fundamentalist”, shot in India, Pakistan and the US, was not easy but the overall outcome is “quite beautiful”, says internationally acclaimed filmmaker Mira Nair, who hopes her film will help initiate a positive dialogue between the nations. 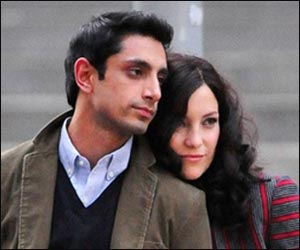 “The Reluctant Fundamentalist”, an adaptation of the 2007 eponymous bestseller by Pakistani writer Mohsin Hamid, focusses on a young Pakistani chasing corporate success in Wall Street when 9/11 shakes up his life.

Nair, an Indian filmmaker based in New York, who would very much like her film to bridge the gulf between east and west, also believes the time has come to focus on the subcontinent in a “bridge-making way”.

“My father came from Lahore and we were raised in Orissa, India. But we very much spoke Urdu. I never got a chance to be there in Pakistan, so when I went there in 2004, I really got inspired to make a story about modern Pakistan,” Nair told IANS over phone.

Pakistan in real is different from the Pakistan she read about.

“It is so different from what you read about it in the newspapers. That was the first inspiration. Then I read Mohsin Hamid’s book three months later. The film gave me a chance to make a dialogue with America.

“I know about these places very well because I have lived half my life in the subcontinent and the other half in New York City. It is now time that we focus on the subcontinent – not in a hostile way, but in a bridge-making way. In a way which is actually a dialogue,” she added.

The movie was indeed a challenge for Nair, 55.

“Firstly, the adaptation of the film was a real challenge. It took us three years to adapt the screenplay. There were financial issues. When we started shooting the film, everything suddenly fell apart, but finally we have achieved something which is quite beautiful,” she said.

“It was a real challenge, but we believed in the global ambition of the film. We wanted to capture the global landscape. There were many challenges that we faced, but it was the belief that kept me going. For the first time, I did the post-production of the film in India and I would say we had a terrific family,” she added.

The film — about young Changez who finds himself embroiled in a conflict between his American dream, a hostage crisis, and the enduring call of his family’s homeland — received accolades at the recent International Film Festival of India (IFFI) in Goa.

It was given the first Centenary Award and presented with a Silver Peacock, a certificate and a cash prize of Rs.10 lakh at this year’s IFFI.

Nair also faced challenges finding the actor to play Changez. After a year and a half of research, she finally zeroed in on Pakistani actor Rizwan Ahmed.

“Rizwan is the best of them all and is simply astounding in the film,” said Nair.

However, it was difficult to take actors to Pakistan because they did not get “insurance to secure them”. “We shot for four days in Pakistan and 20 days’ shooting was in old Delhi.”

Asked about her experience of shooting in Pakistan, Nair said: “Pakistan is very embracing and it is easy to work with the local crew.”

Nair began her film career as an actor and then turned to directing acclaimed documentaries, including “So Far From India” and “India Cabaret”. Her debut feature film “Salaam Bombay!” was nominated for an Academy Award for Best Foreign Language Film in 1988.

Her other critically acclaimed films are “Mississippi Masala”, “Monsoon Wedding”, “The Namesake”, “New York” and “I Love You”.

“The Reluctant Fundamentalist” will release in Indian screens April next year, through PVR Pictures.