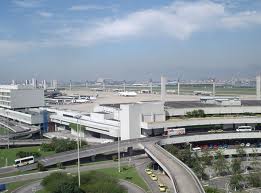 The goal is to establish “an era of efficiency for Brazilian ports”, President Dilma Rousseff said here during a ceremony in which a minute of silence was observed for famed architect Oscar Niemeyer, who died Wednesday.

The plan includes the creation of a new regulatory framework to eliminate barriers to projects and speed up leasing and environmental licensing processes, as well as the logistical integration of transportation modes.

Under the program, 2.6 billion reais ($1.23 billion) will be allocated to investment in access routes to Brazil’s 18 leading public ports.

He said the plan will involve awarding new port concessions to public and private enterprises.

At present, Brazil’s only privately run port is Imbituba in the southern state of Santa Catarina and that concession contract expires this year, according to the G1 news portal.