Hearing a petition filed by one Vinay Sharma, the division bench comprising of Chief Justice Mansoor Ahmad Mir and Justice Tarlok Chauhan directed them to file their replies within 4 weeks before posting the matter for December 9.

Citing the cases of Punjab Police, Mumbai Police and Madhya Pradesh Police for recovering security expenses from respective cricket bodies, Vinay Sharma in his petition to the court has pleaded for directions that HPCA be asked to pay legal dues.

He said that the cricket body was earning crores of rupees from TV rights, letting out of stadium for matches, from IPL franchisee and other sources, but was not paying legal dues to the government.

The petitioner has also pointed out before the that HPCA and BCCI had not paid a single penny to the State Government for security charges and other legal dues such as taxes since 2010 when the first IPL match was played at HPCA stadium Dharamshala. 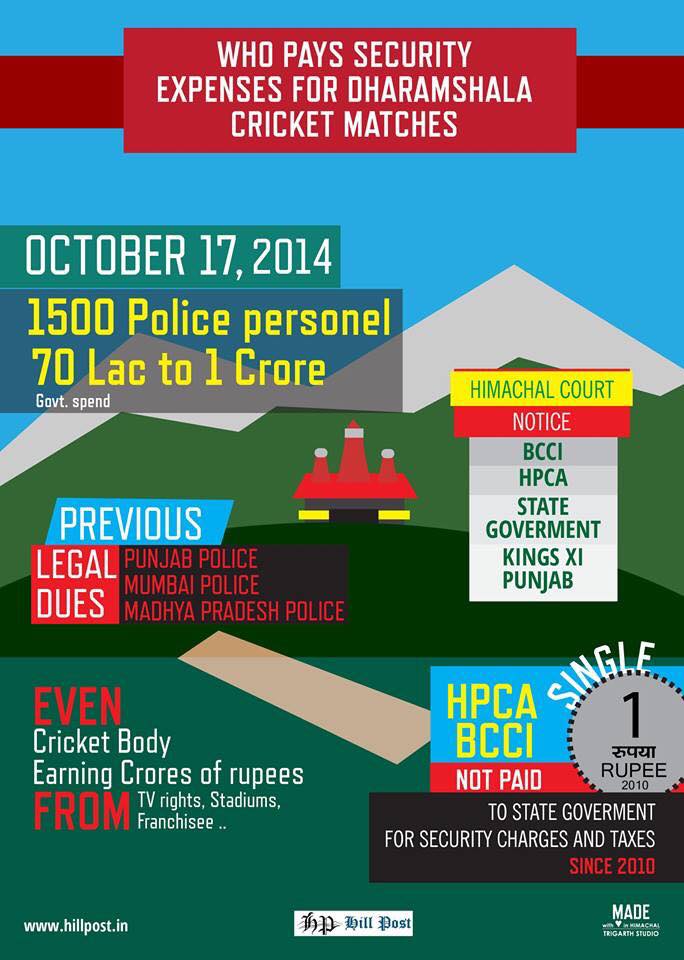 He also told the Court that more than 1500 Police personnel are being deployed at Dharamshala for more than week to provide security during the match and the government has to spend between Rs 70 lac to 1 crore for security from taxpayers’ money.

He also submitted that government had earlier spent around Rs 10 crores on security for previous matches, but had not received anything from HPCA.