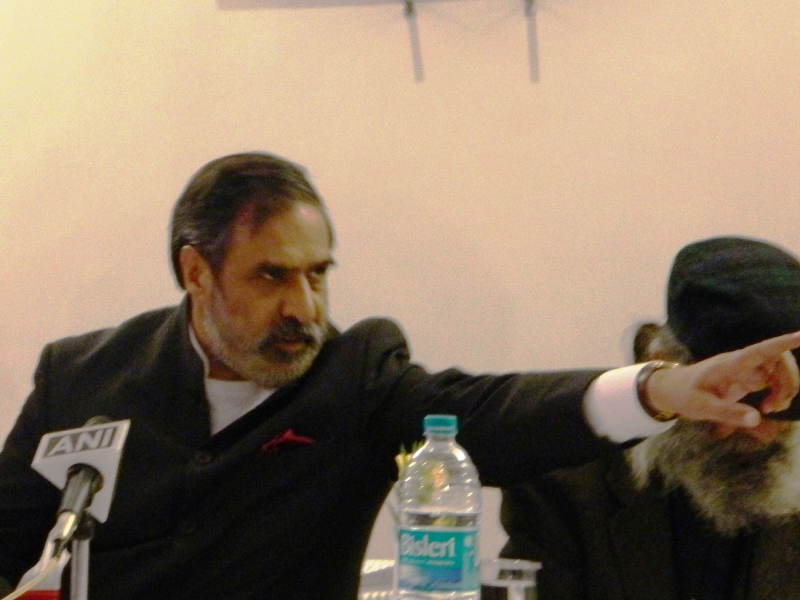 Dharamsala: “Cricket is played in every state of India, but no where the government has given the prime land at INR 1/- to build a hotel”, said Anand Sharma, the Minister of Commerce, Industry and Textiles in Dharamsala today.

He was commenting over the unruly distribution of benefits by HP Chief Minister P K Dhumal to HPCA which is controlled by his son Anuraag thakur. He asked, “Who is the owner of that hotel which has been converted from a player’s residence into a hotel in Dharamsala?”

Sharma said that if the Congress comes to power, his party will inquire into the cricketing activities through a Judicial commission.

Anand Sharma invited Dhumal for a public debate on the issue of Central help to the state. He said that the center has raised the annual plan of the state from 1800 crore to 3700 crore, where as the state government miserably failed to spend that money.

Sharma also blamed the BJP government for taking the undue credit of 108 Ambulance services. “The UPA government gave Himachal 152 ambulances, which they converted to Atal Yojna. Similarly central scheme of free school students dresses were not implemented for last two years”, he added.

He also promised that unemployment allowance would be provided to the unemployed youth of the state. However he failed to provide for any concrete scheme or plan to generate jobs in the state.

He roped in the BJP leader L.K. Advani too and asked him to verify his facts before speaking in regard to the special package to the state.

Both the BJP and the Congress party are blaming each other for the debt debacle of the state. At the same time both the parties are trying to lure the voters by offering free gas cylinders, induction cookers, and what not!

Polling for the 68 assembly seats in Himachal Pradesh will be held Nov 4. The votes will be counted only on Dec 20 after the Gujarat assembly polls are over.