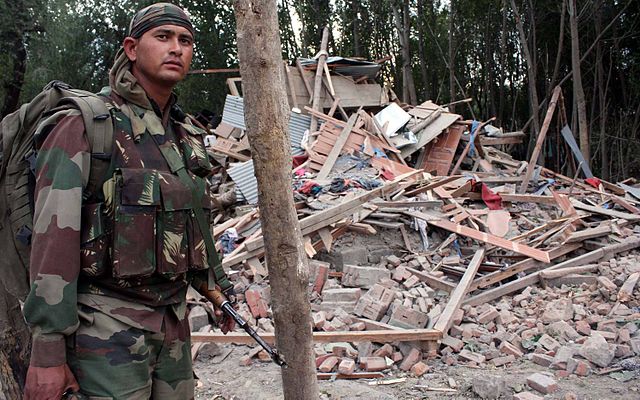 Srinagar: Security forces on Sunday claimed to have killed another militant in the ongoing encounter between forces and militants in central Kashmir’s Kangan area of Ganderbal. Encounter was still going on when last reports came in.

Death toll in the ongoing encounter has now reached to two; one militant was killed on Saturday.  “One more militant has been killed in the operation launched in the wee hours yesterday. The operation is still in progress,” said Army’s Srinagar based spokesman Lt Colonel J S Brar.

The spokesman said that one weapon was recovered from one of the slain militants.

However a police official associated with the operation said that they are yet to recover body of the slain militant.

The operation is being jointly conducted by 24 RR and Special Operation Group of Police.

Eyewitnesses said that army used helicopters to locate the militants which are believed to be hiding at high altitude in Chatargul forests.

A police officer who wished anonymity said that security agencies are in tizzy over the revelation of group which is believed to be ten in number in Ganderbal.