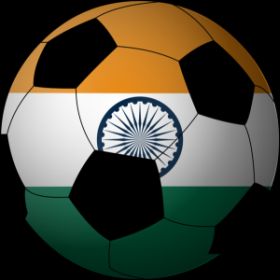 Sunil Chhetri, Robin Singh, Denzil Franco, Mehtab Hossain and Clifford Miranda all scored from the spot while Thierry Makon struck the right-post to give India an unprecedented win.

In an end-to-end match which went into penalties, a valiant India held their more fancied opponents 2-2 in normal time.

Central defender Gourmangi Singh sent the 12,000 strong crowd into a frenzy as he beat the off-side trap to head in a Clifford Miranda free-kick in the 19th minute.

The Cameroon defence was absent as two Indian players were left completely free. There was more bad news for the Africans as goalkeeper Ngome Lawrence had to be substituted after he collided with Gourmangi.

It didn’t take Cameroon much time to find the equaliser. Raju Gaikwad’s clearance fell straight to Makon Thierry, who shot past Indian custodian Subrata Paul from outside the box in the 29th minute.

Thierry also played a key role in Cameroon’s second. His precise flag-kick allowed Kingue Mpondo to head into an open net in the 54th minute.

With things looking dim for India, Sunil Chhetri gave the fans their voice again from a well-taken spot-kick in the 78th minute.

Mehtab Hossain’s brilliant chipped through ball found the Indian captain in acres of space. Chhetri looked to have made a hash of things but recovered well only to be brought down by substitute keeper Nkessi Hosea.

India started the match the brighter of the two, continuously making inroads into the Cameroon third.

Chhetri had the first shot of the match but his drive from well outside the box was easily saved.

Cameroon looked a little shell-shocked by India’s aggressiveness in the first 20 minutes.

Gouramangi’s goal seemed to wake Cameroon from its slumber. The Africans dominated the play thenceforth, putting the Indian defence under tremendous pressure.

Midfielder Lenny Rodrigues did his reputation no harm by putting in a sterling performance. Along with Mehtab Hossain he closed down the Cameroon players, forcing them to misplace their passes.

Gouramangi again found himself in the thick of things. Syed Rahim Nabi headed Clifford’s free-lick across the goal but the central defender failed to rise and missed the header completely.

India shifted to a 4-4-2 formation in the 64th minute bringing Robin Singh for winger Sanju Pradhan. His height added another dimension to India’s attacks.

Thierry, who was one-on-one with the keeper, could have easily made it 3-1 but slashed his shot well wide.

India defended stoutly but failed to have the same impact they had in the first half upfront.

India had two golden chances of taking the lead in the opening half of extra time but Chhetri skied his shot from three yards out while Robin made a complete mess from a free-header.

Both teams dug deep in the final 15 minutes but failed to find an opening as the match went into penalties.