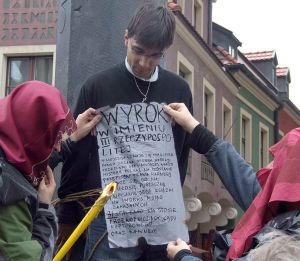 Islamabad: A leading Pakistani daily Monday sought a national debate on the blasphemy law and demanded a “wide-ranging overhaul of laws that are clearly prone to abuse at the hands of those with personal vendettas and of bigoted thought”.

An editorial in the Dawn said: “To anyone familiar with the fabrications that often surround allegations of blasphemy, the revelation that the imam of a local mosque involved in producing the ‘evidence’ of a young Christian girl’s alleged blasphemous act blatantly tampered with the religious paraphernalia will have come as no surprise.”

“What has come as a welcome surprise is that a witness came forward and that the state took action.”

Local imam Khalid Jadoon has been taken into judicial custody as he was “accused of inserting pages of the Quran into the bag containing other religious material that the girl is alleged to have burned”.

The muezzin of the same mosque who gave his testimony in an Islamabad court Saturday claims that the “imam wanted to beef up the ‘evidence’ to ensure that the girl’s family would have to leave the neighbourhood for good”.

The daily described Khalid Jadoon’s alleged act as “awful”, but stressed that the argument that he himself should now be tried under the blasphemy laws is misplaced.

“The misuse of religious laws cannot be rectified by turning those flawed laws against those who try to misuse them. Instead, what is needed is a national debate and wide-ranging overhaul of laws that are clearly prone to abuse at the hands of those with personal vendettas and of bigoted thought,” it said.

“The imam can and should become a very public example so that at least some will be deterred from going down the same shameful path,” the editorial added.

Expressing concern for the fate of the girl herself and the safety of her family, the daily said there was much to be grateful for in the fact that the wheels of justice are for once turning in the right direction but the ongoing damage to the girl, her family and other Christians in their neighbourhood must end quickly.

“For that to happen, the state must play the role it is required to under the law, on principle and in moral terms.

“The climate of fear surrounding such matters is deep rooted and will take a long time to overcome. But it cannot be overcome at an individual level. Because the state has shirked many, if not most, of its responsibilities, to its citizens for so long, the problem has grown. And it will keep growing unless forceful action is taken.”