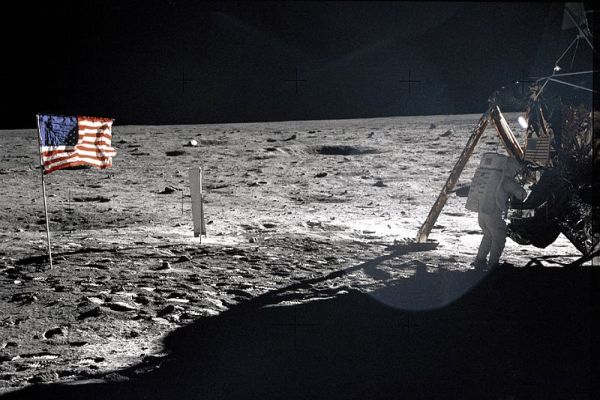 Washington: The United States lost three space pioneers in about five weeks from mid-July, but each one of them – Forrest McCartney, Sally Ride, and Neil Armstrong – did their country and humanity proud.

The first to go on July 17 was Lt. Gen. McCartney, 81, a key player initially in military satellites and inter-continental ballistic missiles (ICBMs) and then in NASA’s civil and manned mission programmes.

Sally Ride, 61, an educationist and the first woman astronaut from her country, was the next to go on July 23.
Both of them died of cancer.

All three are known for the grace and dignity with which they lived after retirement and continued to encourage aerospace aviation among youngsters. And each one fulfilled the mission of their lives with distinction.

Although McCartney, as a US Air Force (USAF) officer, was involved in military aerospace and missile programmes, the spinoff from the research in those programmes benefited various aspects of both civil and military sciences. According to a statement by NASA (National Aeronautics and Space Administration), he came from the position of commander, Air Force Space Division, and concluded a distinguished 35-year military career on Aug. 31, 1987, with a retirement ceremony at the office of the Secretary of the Air Force in the Pentagon.

Born March 23, 1931, McCartney earned a master’s degree in nuclear engineering from the Air Force Institute of Technology, Wright-Patterson Air Force Base, Ohio, in 1955. Upon graduation he served as project officer for various special weapons programmes and for nuclear weapons safety systems studies at the Special Weapons Center, Kirtland Air Force Base, New Mexico. He also graduated from the Armed Forces Staff College, Norfolk, Virginia, in 1967.

He was assigned charge of the Kennedy Space Centre in Florida in 1987, following the Jan 28, 1986, Challenger space shuttle tragedy in which all seven astronauts were killed. McCartney always spent time with people, and in the field, helping restore confidence to relaunch the shuttle programme again, NASA sources told India Strategic magazine (www.indiastrategic.in).

Born May 26, 1951, Sally Ride had first gone to space at the age of 32 on board the Challenger June 18, 1983, and then once again. She is the youngest US astronaut yet, man or woman. Significantly, she was part of a review panel that examined the 1986 Challenger and 2003 Columbia disasters and helped formulate some new parameters.

The quiet, graceful Sally, as she was popularly known in the space fraternity, dedicated her life to inspire young girls to opt for science and regarded space ventures as a field of advanced sciences. She along with her husband, wrote several books for children on science. She suffered from cancer for 17 months but lived life to the fullest, according to her family members.

Ride had opted for space training in 1978 along with some other women when NASA decided to look for doctors, scientists and specialists other than Air Force and military officers for space missions.

Said President Barack Obama on her death: “Sally was a national hero and a powerful role model. She inspired generations of young girls to reach for the stars.”

Neil Armstrong, of course, has been the most celebrated of the US astronauts. His famous words when he first set foot on the moon, “That’s one small step for man, one giant leap for mankind,” turned that singular US achievement into a world celebration and everybody everywhere, including in India, shared the smiles.

Born Aug 5, 1930, Armstrong was an aerospace engineer, a qualified naval aviator with deck landings, an Air Force test pilot and a distinguished astronaut. He is survived by his second wife Carol, whom he met at a golf course in 1992 and married in 1994.

A quiet and private person, Armstrong contributed generously to his alma mater, the Purdue University, and various charities. Once, when his barber sold his hair for $3,000 without his permission, Armstrong ensured that the proceeds went to a charity.

Armstrong remained an advocate of aviation and exploration throughout his life and never lost his boyhood wonder of these pursuits, said his family. NASA administrator Charles Bolden observed: “As we enter this next era of space exploration, we do so standing on the shoulders of Neil Armstrong.”