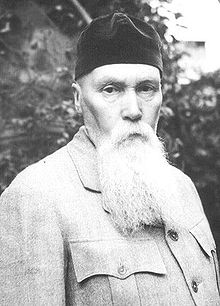 Shimla: Alena Adamkova has relinquished her charge as curator of Russian artist Nicholas Roerich’s museum in Himachal Pradesh’s Kullu valley, an official said Sunday. She headed the museum for nearly a decade.

Two curators representing India and Russia would replace Adamkova. O.C. Handa from India and L. Surgina from Russia have been appointed the new curators by the International Roerich Memorial Trust (IMRT) which manages Roerich’s estate.

Surgina currently heads a visiting team from the International Centre of the Roerichs in Moscow that is engaged in stock-taking and verification of the estate. IRMT, comprising five Russians and 12 Indians, was founded July 6, 1992, to manage the estate and preserve the artist’s legacy.

Official sources said Adamkova’s tenure was not extended beyond Dec 31, 2011, on the recommendation of the trust’s executive committee. But she was not relinquishing the charge.

The Russian Embassy, however, stood behind Adamkova, who was also IRMT’s executive director.

Russia in April had accused the Himachal Pradesh government of “behaving in a rude and uncivilized manner” over IMRT’s working.

It had accused authorities of harassing Adamkova and ignoring her contribution to the IRMT complex in the past 10 years.

But the state government countered the allegations saying the state had nothing to do with IRMT day-to-day management.

“The (IRMT) board’s chairperson approved the termination of the contract of the curator but she chose to act in an irresponsible manner,” the government had said.

The Roerich estate is located in Naggar, 25 km from Kullu, where Nicholas Roerich, an artist from St. Petersburg, lived and worked for more than 20 years till his death in 1947.