Shimla: Downplaying the state government versus army controversy over control of Annadale ground, BJP today distanced itself from the issue by saying that as far as the party was concerned it was a closed chapter.

“In election year, issues are being made out of non-issues,” said Shyam Jaju, party incharge for Himachal.

Condemning the army release, which had leveled serious allegations against chief minister Prem Kumar Dhumal, he said, “military affairs was a sensitive matter and there is no attempt at defaming the armed forces but the language used in the army statement against the chief minister which found its way into the media needs to be condemned.” 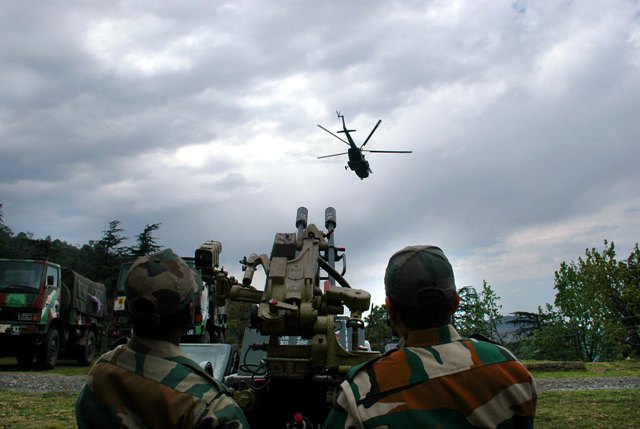 Adopting a middle course BJP spokesperson JP Nadda who was also present on the occasion at one end defended the state governments stand over reclaiming possession of Annadale ground and on the other endorsed BJP vice president Shanta Kumar’s stance that the party gives priority to national security over all other demands.

Denying that there were any factions in state unit of BJP, Nadda said that the party did not differ with Shanta Kumar over his statement on Wednesday about unnecessary controversy having been created about Annadale ground and national security good precedence over all others for its usage.

However, Nadda also said that the lease for the Annadale ground had expired in 1982 and since then all successive governments, be it a Congress or BJP led government have been consistence in their demand that the ground be returned to the state government, to whom it belongs.

The issue of control over Annadale ground was between the state government and the union defence ministry and should be settled there, he said.

Talking to Hill Post, chief minister Dhumal said, “after taking up the matter with the defence ministry about issuing of a defamatory statement by the army authorities, a court of inquiry has been ordered and the person responsible for the lapse would be held accountable.”

The organisational party meeting today also reviewed the government performance and deliberated upon strategy for fighting first the upcoming Shimla municipal poll and later in the year the assembly elections.
The meeting was attended by Dhumal, cabinet colleagues, MLAs and state party functionaries including newly appointed state president Satpal Satti.