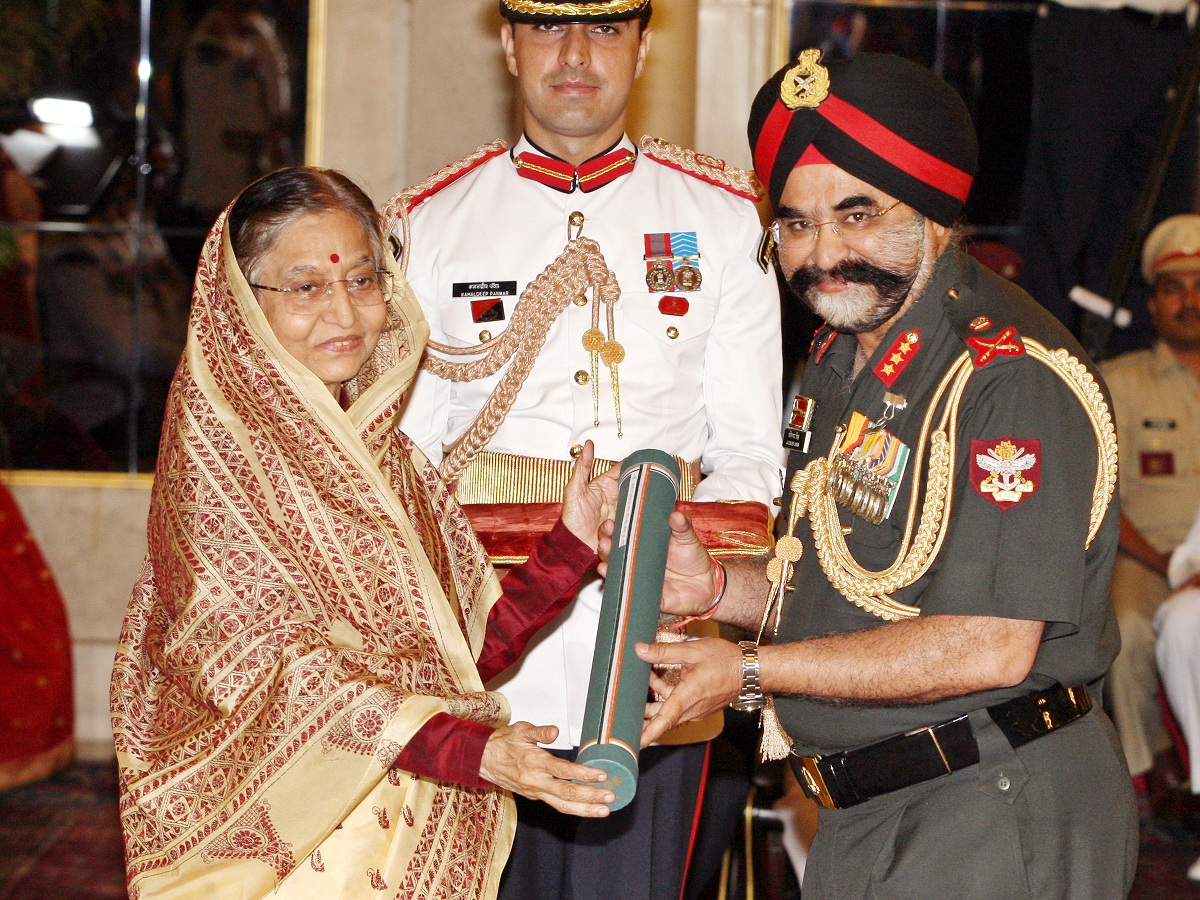 Pune: The Commandant of the National Defence Academy (NDA) at Khadakwasla has been conferred the Ati Vishisht Seva Medal (AVSM) in recognition of his distinguished service, an official said here Thursday.

“The President and Supreme Commander of the Armed Forces Pratibha Patil has conferred the medal on Lt. Gen. Jatinder Singh, Commandant of National Defence Academy, in recognition of his distinguished service of an exceptional order,” a statement from the NDA said Thursday.

“The medal was conferred to him Tuesday at a ceremony at Rashrapati Bhavan in New Delhi. This is the second time that this prestigious award is being conferred on him, the previous one being in 2008,” an NDA official said.

Singh is a specialist in mechanised and counter-insurgency operations and took over as the Commandant of the NDA on January 1, 2011.

An alumnus of Sainik School Kazhakootam, National Defence Academy 42nd Course, Singh was commissioned into the prestigious 1 Guards (2 Punjab) regiment of the Indian Army on June 13, 1973.

Singh is a graduate of the Defence Services Staff College, Wellington, and Higher Air Command Course at College of Air Warfare, Secunderabad. He is also the recipient of the chief of army staff commendation and the Sena medal, which were awarded to him in 2002 and 2003 respectively.