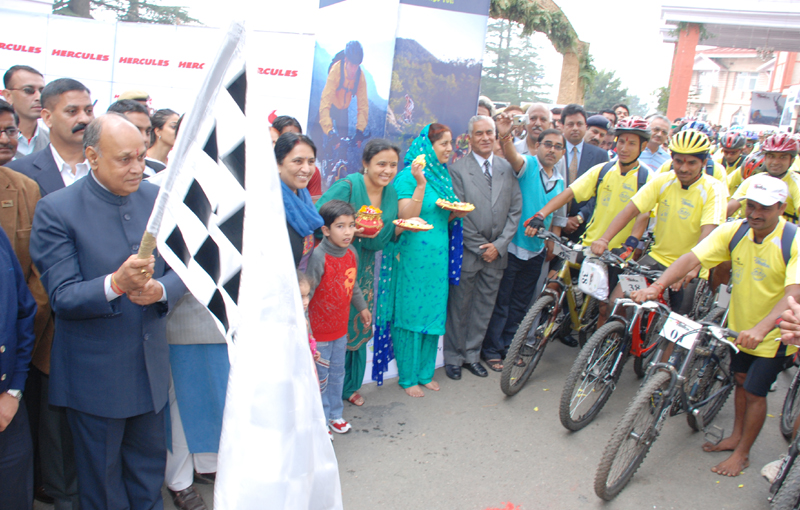 Shimla: Seventy cyclists headed into Himalayan trails for the next nine days were flagged off today, where they would be competing against each other for 5th Hercules MTB Himachal prize money of Rs 8 lakh at the sporting event.

Part of the World Tourism Day celebrations, the race was flagged off by chief minister Prem Kumar Dhumal in the morning.

The prize distribution function would be held in Manali on 6th October.

Besides countrymen, there are 12 international participants taking part, of whom six are from Nepal and the others are from the US, Australia, Belgium, New Zealand and England, the organizers stated.

At its highest point along Jalori Pass, the cyclists will attain an altitude of over 14000 meters before descending into Kullu valley, as more competitive sections have been thrown in this year to challenge the endurance of the racers.
Other than Himachal tourism, the sporting event is being sponsored by Hercules cycles and HP Adventure sport.