Shimla: Justice Mansoor Ahmad Mir was sworn, a little while ago in as Chief Justice of Himachal Pradesh High Court by Governor Urmila Singh as a simple ceremony at the Raj Bhawan.

Justice Mir, who was appointed as acting chief justice of HP High Court on 27 November, 2013, hails from Rajpora Village in Pulwama district of Jammu & Kashmir. 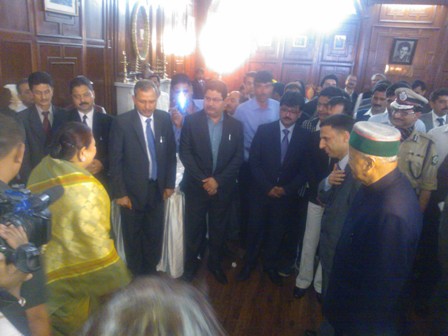 Chief minister Virbhadra Singh, his cabinet colleagues and other judges of the High Court were present at the swearing in of Chief Justice. 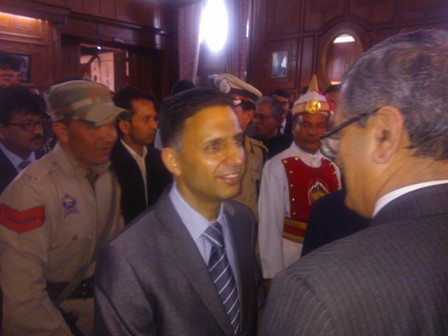 Selected for the J&K Higher Judicial Services after securing the first position at an examination held in 1992, Justice Mir was appointed as Principal District & Sessions Judge, Kupwara on 27th May, 1993.

For his meritorious service to entire community and outstanding professional achievements, Justice Mir was honoured with the award of American Medal of Honor in 2004 by the “The American Biographical Institute Board of International Research”.

In the short stint as Acting Chief Justice, he has decided 4134 cases, 3928 in Division Bench and 206 in Single Bench.