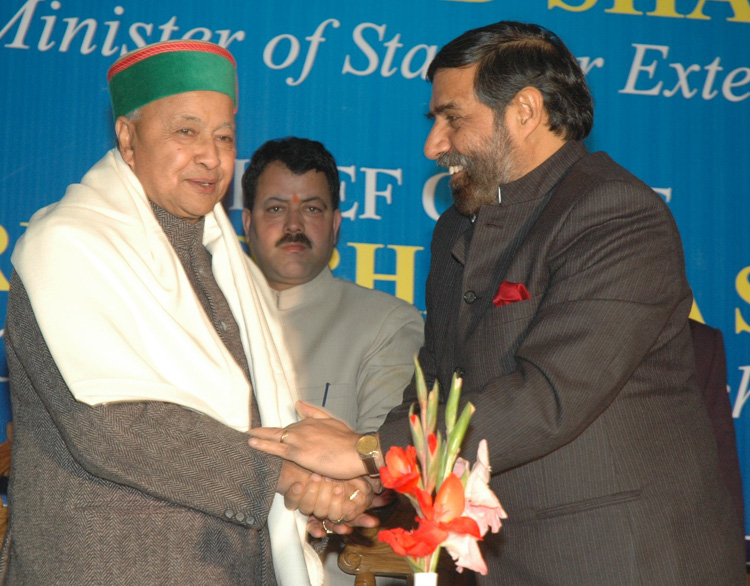 Shimla: Congress may have just won one seat from Himachal but it has put a spanner as to whether minister of state for external affairs Anand Sharma or former chief minister Virbhadra Singh would find a place in prime minister Manmohan Singhâ€™s second cabinet, should the state be given a seat in the august company.

In the last cabinet, Anand Sharma besides assisting senior colleague Pranab Mukherjee in the external affairs ministry, towards the end of the term was also given charge of information and broadcasting, when the minister Priya Ranjan Das Munshi was incapacitated due to ill health.

Given Sharmaâ€™s track record in handling the jobs assigned, it would be natural for him to find a place in the new cabinet but his being a member of the Rajya Sabha whose term ends in March next has put a question mark.

â€œWe hope that Himachal does get a representation in the prime ministerâ€™s next cabinet, but would it be Anand Sharma or former chief minister Virbhadra Singh, as Sharmaâ€™s 2nd term in the Rajya Sabha comes to an end in March,â€ wonders Vikram Mahajan, a congressman.

Not just that, Sharma is not in a position to get re-elected to the upper house from Himachal as BJP in a legislative assembly of 68 has absolute majority 42 members.

Virbhadra returns to parliament after a gap of 26 years. It was in 1983 that Indira Gandhi had picked him out from her cabinet and asked him to head the state, replacing the then chief minister Ram Lal Thakur.

Despite a congress undercurrent having swept most of north India in the just concluded elections, BJP had stood its last assembly election ground in Himachal by not only retaining stronghold Hamirpur but also gaining Kangra and Shimla from congress.

Poor standing of congress in the state is being attributed to a disjointed election campaign, in which Sharma and Virbhadra belong to different intra party camps.

Unless congress intends to give Sharma a Rajya Sabha seat ticket from another state to keep him in the cabinet, Virbhadra Singh, at 75, maybe the only other choice the prime minister has to give the hill state some representation.