Shimla: In the scenic valley of Sangla in Kinnaur, tourists along with the native tribal population are getting to enjoy locally grown button mushroom that has been cultivated perhaps for the first time in the region.

â€œOver the past three days, 170 Kgs of mushroom has been harvested, which is fetching a price of Rs 100/- per Kg at Sangla and district headquarter Rekong Peo,â€ he said.

Other than introducing a new cash crop into the area, mushroom cultivation training was imparted to 90 women and young men from the area. 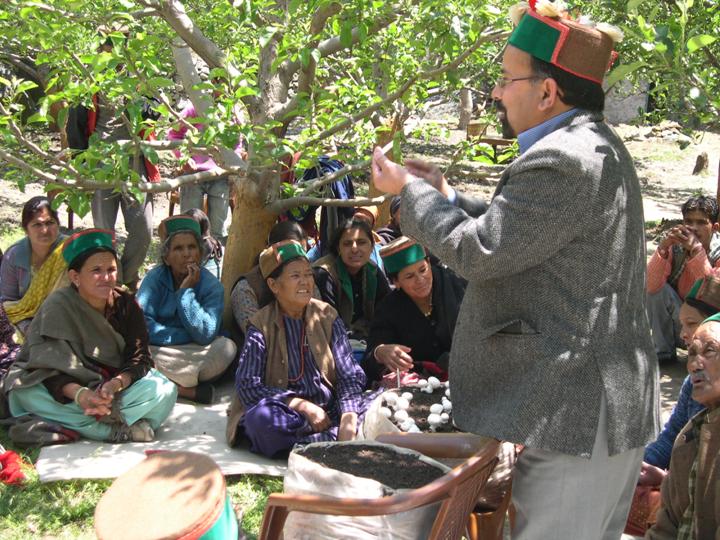 Vidya Karan Negi, who lives on the right bank of Baspa river at about 2500 meters altitude and is delighted with being the first to grow the new crop in the area says, â€œhome grown mushrooms are in great demand, especially as this is tourist times and there are many visitors in the valley.â€

He adds, â€œeven natives are excited about growing the new crop.â€

Experimentation with cultivating high value medicinal plants like Chirata, Karu and Patish were also being tried out at Sangla Kanda, said Lal Singh. For a start, a group 15 farmers had taken to planting Chirata seeds over about 4 acres of land on a trial basis, he said.

Sangla happens to be one of the most scenic high mountain valleys of Kinnaur that plays hosts to many tourists during the summer months.