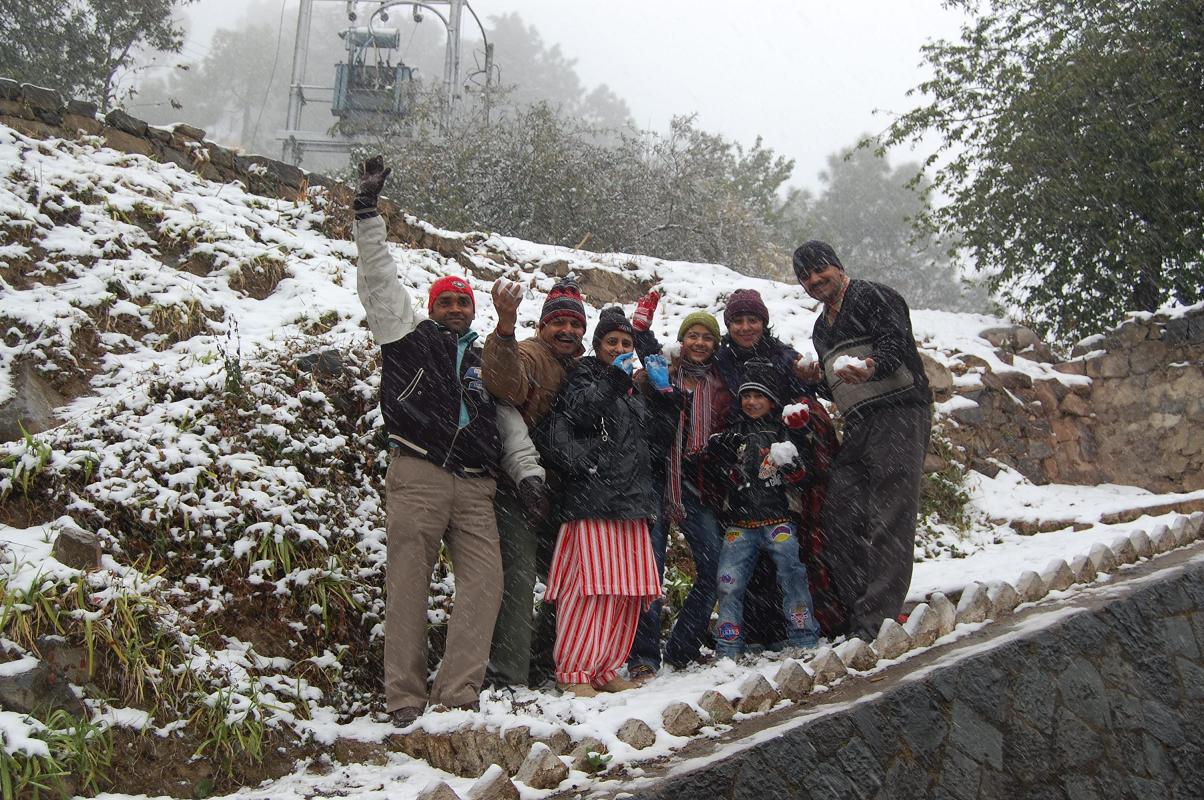 Where this town received 2 cm of snow, the Dagshai and Barog situated on hilltops witnessed 4 to 5 cm snow.

The snow cheered the residents as area has recorded snow after the gap of two years. Though there were indication of snow in past days but it failed to settle down on earth. Throughout the day snow flakes continued to lash the town. However the heavy snow was again witnessed at Dagshai and Barog between 3 pm to 4 pm.

The tourist from adjacent plains area has made bee line to hills after news of snow was spread. The long queues of touristsâ€™ vehicles were seen reaching hills to enjoy the snow.

The most attractive areas for tourists were northern hill slopes of Barog and Dagshai which were completely under snow cover. The snow covered small ground near Telephone Exchange at Dagshai was main draw for tourists who thronged in good number to enjoy snow there. Some of tourists even drove down to famous Polo Ground on the outskirts of Dagshai to make merry in snow. 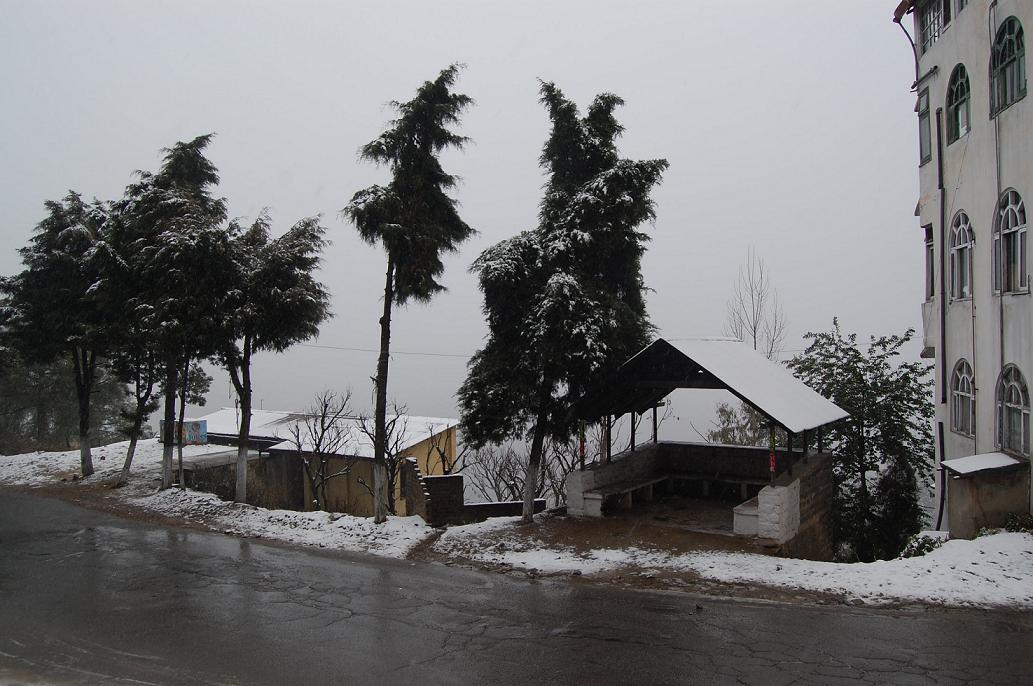 Though the snow was melted in this down by late afternoon but snow covered hills of Barog and Dagshai continued to remain main center stage for tourists and revelers. In fact the 2-km stretch of national highway from Barog onwards remained jam packed with tourists rush who could be seen there enjoying outing in snow.

The local markets as well of Barog and Dagshai wore deserted look as locals preferred to stay inside rather to face biting cold conditions. The Dharampur market the usually crowded market too remained deserted.

The snow has even checked simians’ antics for sometime as hordes of monkeys were seen jostling with each other for safer places to escape severe cold condition.

The liquor shops have hey day as sale of liquor were recorded 25 percent high from the daily average sale. The roadside dhabhawalas and restaurants were too gained from snow thanks to the heavy rush of tourists.