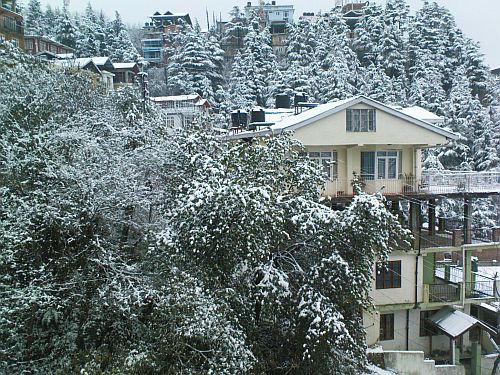 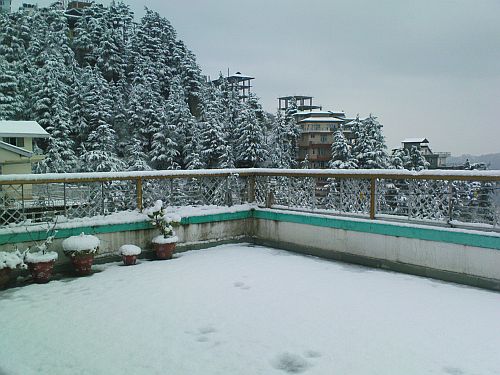 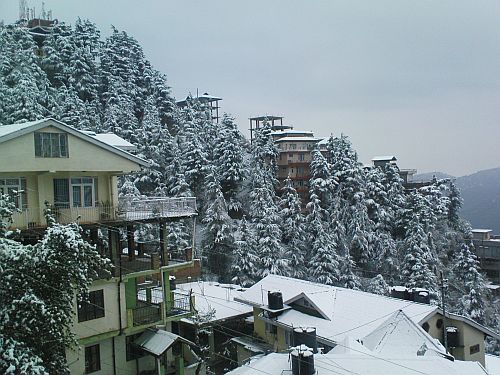 New Shimla being at lower altitude usually receive less amount of snow fall in comparison to old Shimla but today, the snow managed a white veil on the area which is not frequently seen in this concrete jungle.