Shimla: Decline in business has forced Asian Paints to shut down its power coating plant at Baddi, the company notified BSE and NSE stock exchanges in a voluntary disclosure yesterday.

“Asian Paints Industrial Coating Ltd (a wholly owned subsidiary of Asian Paints) has closed down the operations of its power coating plant at Baddi in Himachal Pradesh with effect from November 25, 2013, due to significant decline in the processing volume of power coating for the last two years,’ the communiqué to the exchanges stated. 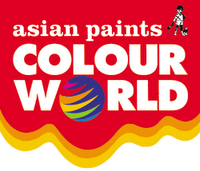 The company also stated that the Sarigam plant in Gujarat was sufficient to cater to the current demand and future requirements of power coating.

Founded in 1942, Asian Paints is one of the largest paint companies in the world and operates 25 manufacturing units spread over 17 countries.

Earlier in the month, after closing a open offer for buying of shares of Singapore base Berger International Ltd, Asian Paints had acquired a 96.48% stake in the subsidiary company that it plans to delist from the Singapore Securities Trading Exchange.