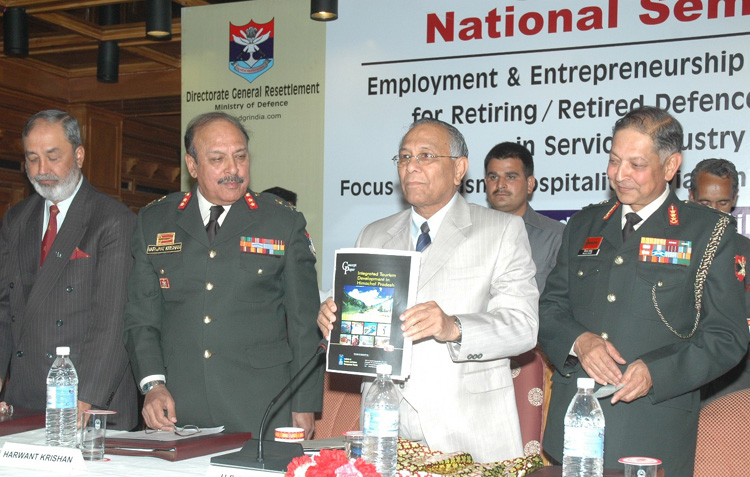 Speaking on the occasion, Kokje, said that Armed Forces can offer to the Industry, officers and men with leadership and management skills trained extensively and groomed over the years with best organized packages obtaining in-puts in the field of professional competence.

Our country has much to offer to foreign tourists in terms of historical places, cultural Centers and many places of worship. Corporate Sector should plan on opening up this vital sector of economy by establishing a chain of motels across National / State Highways in the Country and let Defence personnel run them, he added.

He further said that Armed forces are the guardians of the society and honour of our country and are ever prepared to sacrifice their lives to preserve its freedom and sovereignty they have always risen to the occasion during natural calamities and internal unrest. The recent cases of the Tsunami relief and the Bombay floods are shining examples, he added. He appreciated the cooperation extended by the Directorate General Resettlements and hoped that such an arrangement between the Industry and the Defence Sector will be create beneficial to both.

A detailed presentation was also given by Major General, Harwant Krishan, Director General Resettlement, Ministry of Defence on the occasion.