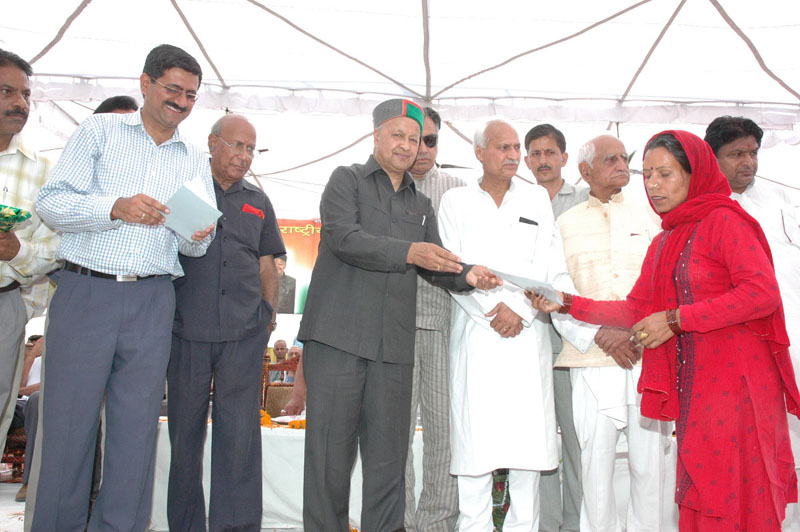 Himachal Chief Minister today launched the ambitious National Rural Employment Guarantee Scheme for district Kangra from Nurpur, making it the third of the four selected districts in the State for the implementation of the Govt. of India programme aimed at providing atleast 100 days employment to the rural masses within a radius of five kilometres to their homes, at an impressive launching ceremony. He handed over the Job cards to eligible persons of the district .

Virbhadra Singh said that the National Rural Employment Guarantee Scheme would benefit rural masses immensely . He said that efforts were afoot to increase the provisions of the scheme to the remaining districts as well so that the entire State was benefited. He said that Gram Panchayats needed to play significant role in implementation of the scheme and taking advantage to the optimum.

Chief Minister said that self-employment was being encouraged in the State in a big way so that farmer could be benefited of the self-employment avenues in association with Government technical know in order to strengthen their economy. He said that the progressive farmers were coming forward to implement the programme in right perspective.