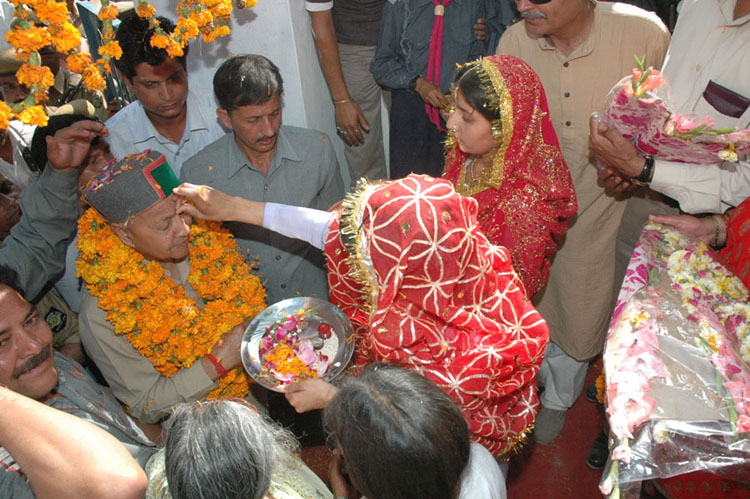 Virbhadra Singh, Chief Minister announced constitution of Haripur Guler Development Board on the analogy of Renuka Development Board under the Chairmanship of Deputy Commissioner, Kangra to restore and preserve the monumental heritage in the area. He was addressing a public meeting at Masroor in Jaswan Assembly Segment of District Kangra today.

Chief Minister said that Haripur-Guler area has historical importance and monuments dating back to centuries were loosing their identity which needed to be preserved as proud historical monuments for the future generation. He said that his Government has initiated some effective steps towards the restoration and preservation of the rich cultural heritage all over the State and had recently constituted authorities to shoulder the responsibility.

He said that the new Board would come into operation very soon and local prominent people would form the part of the same as unofficial members, who would contribute in preserving the monuments. He said that a number of prominent writers and artists who hailed from the area, brought laurels to the State and added that the new Board would be looking after all such activities which faded away with the passage of time. He urged the people of the area to extend their cooperation to achieve the objective.