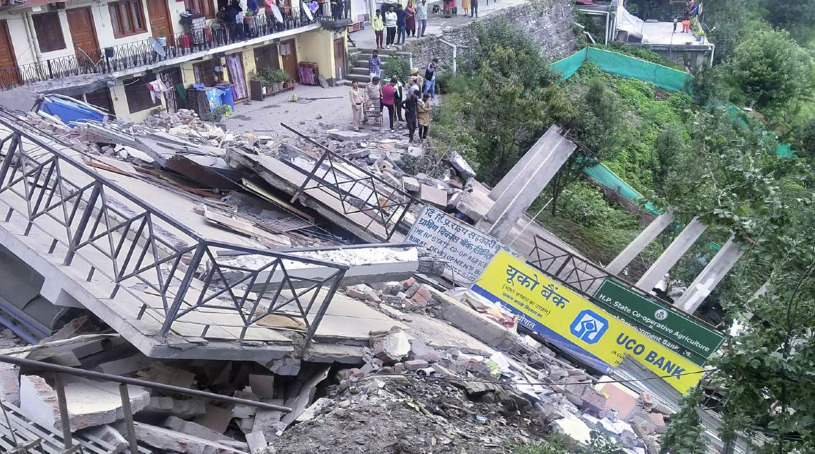 Shimla: A bank successfully extricated its safe containing Rs 22 lakh from the debris of a building collapse in Chopal market here, an official said on Tuesday. A branch of UCO Bank was located on the top floor of the multi-storey building that collapsed on Saturday afternoon.

In a statement issued here on Tuesday, the Bank’s zonal manager SS Negi said that the services of its Chopal branch were restored within 33 hours of the incident to avoid any inconvenience to its customers.

Being second Saturday, it was a holiday in the bank when the building collapsed and its services were restored on the next working day i.e. on Monday as it had started operating from a newly rented building, he added. He appreciated the staff for their relentless efforts in resuming services.

Thanking the local administration and public for their help, Negi said that most of the bank records were found safe in the almirahs. However, search was on to find out the remaining records, he added.

Apart from the bank branch, a dhaba, a bar and some other business establishments were also operating in the building that collapsed in Chopal market on July 9 around 12.30 pm. No loss of life was reported in the incident as the building was vacated on time.