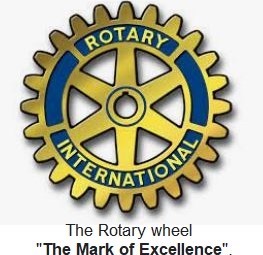 Thinking good is doing good. Knowing good about Rotary, I became a Rotarian, though, it was by invitation.

During my last stay in Dalhousie, people talked about the one-time ‘Rotary club of Dalhousie’. From my fond memories, I came out with what I could gather:

Each club elects its own president and officers among its active members for a one-year term. The club secretary, club treasurer, and several Club Board directors, including the immediate past president and the President Elect.

As ill luck would have it, GPO Bazaar caught fire, it was imperative that my club came to the rescue of the needy who lost their livelihood. Also donating an ‘artificial leg’ a handicapped; and ever helpful attitude remained a source of solace.

Encouraging meritorious students and teachers; adopting Barera village in the vicinity were other humble achievements. Donation of a television set, sports material and books brought cheers to the villagers

A district governor, who is an officer of Rotary International and represents the RI board of directors in the field, leads his/her respective Rotary district. Approximately 15 Rotary districts form a zone. A zone director, who serves as a member of the RI board of directors, heads two zones. The zone director is nominated by the clubs in the zone and elected by the convention for the terms of two consecutive years.

Rotary International Headquarters has a general secretary, who also acts as chief executive officer and leads the Rotary Foundation.

With RTN G. C khanna as the Honorary Secretary, through and through; the Presidents, RTN D. C Khanna & RTN Kirti Khanna took the club to the peaks. RTN Ashok Chadda played a very important role, being President M .C Dalhousie for many tenures. RTN D. R Berry the only honorary member carried on for many consecutive years.

Once up on a time, during the Third German empire, Rotary Clubs were grouped with Freemasonry as secret societies .Today, when I browse the internet; to my dismay, I cannot locate ‘Rotary club, Dalhousie, Himachal Pradesh’; rather, I come across ‘Rotary Club Dalhousie, NB, CanadaE8C 2R8 ’. The events and the records may have frozen somewhere in to the dormant archives.

I wonder if the Rotary – Dalhousie could rise back to its past grandeur and glory.