It is generally assumed that the term “bureaucracy” pertains exclusively to the government. This is a misconception, the creation of a lazy media and ignorant public. It has been my experience that any organisation, if it becomes big enough in size and business, becomes a bureaucracy with all its attendant ills and lack of accountability. Take the corporate hospital in India, the very mention of which drives me to spread my prayer mat and check how much money I still have in the bank.

Homo sapiens, in his rapid journey to self-extinction, has created or invented a lot of terrible things: toilet paper, the jacuzzi, reality shows, aerosols, mothers-in-law, Pegasus, hyper sonic missiles, boxer shorts, air conditioned class rooms, to name just a few of the stuff we need like we need a bullet in the head, for all the good it does either to us or to the planet. The corporate hospital, by my reckoning, falls in this category.

There are 69000 hospitals in India, of which 43000 are private ( 2019 figures); 70% of them are in urban areas. When you consider that the Union budget for the current financial year allocates less than 2% for health care, it is but natural that the massive demand-supply gap makes hospitals a good business to be in for the private sector. Which is why the hospital industry is worth US$ 61.79 billion ( 2017 figures), is growing at an ACG of 22%, and is expected to reach US$ 132 billion by the end of this year. Which is also why the stand alone private hospitals of my younger days are now giving way to corporate hospitals and hospital chains, especially in urban areas. 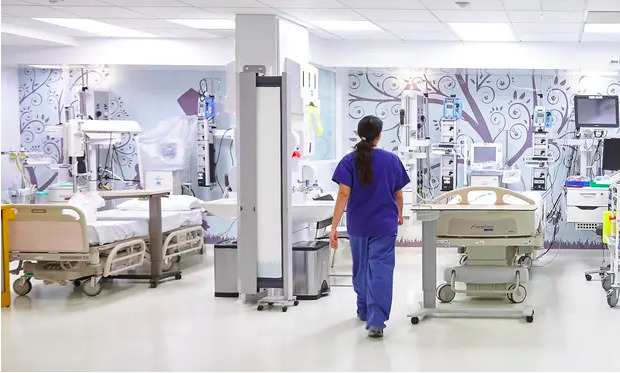 Fair enough, I have no beef with that: a good business opportunity should be exploited. My grouse is with the exploitation of the hapless patient: the gouging bills, the utterly insensitive and uncaring doctors and staff, the worse than bureaucratic paperwork, the endless waiting at a dozen counters, the unnecessary procedures. Except for the Italian marble on the floor and the vacuous but pretty girl at the front desk you might as well be in a government hospital. But hey! the latter is free while here I’m paying Rs. 100,000 a night for the ICU bed, where the only free thingy is the ICU superbug. Would you not expect a Florence Nightingale attitude, if not touch, for that kind of money? Think again.

Forget for a moment the murderous prices for the room, the ICU bed, the surgical procedure, a cup of coffee, for that is all upfront and you know what you are getting into. What is reprehensible is the dubious strategems to make even more money from a virtually captive patient- the redundant “consultations”, the unending “investigations”, the dietician who pops her head into you room for thirty seconds to tell you that your lunch will consist of spinach, dal and roti and charges you one thousand rupees for the visit. And at every stage one has to deal with a bureaucracy that would have put our own steel frame to shame.

My bitter half , Neerja, breaks a bone every ten years, with the regularity of the arrival of Hailey’s comet. She did so again a few months back and I took her to the Emergency section of a leading corporate hospital in my area. It took me an hour to register her for admission, after I had produced every document known to man. It took another hour and a half before someone swung by to put a plaster. Two and a half hours to attend to a person with a broken arm imparts an entirely new meaning to the word Emergency. But this was only our first step in this journey of discovery.

The last time Neerja had fractured her arm ( it’s always the same one) was in 2010, when I was in Shimla, and she had been treated in a government hospital. It took one X-ray, one plaster, two visits to the doctor and four weeks for her to regain her Maria Sharapova back-hand. This time it needed seven consultations with the orthopedist, seven X-rays, about twenty tests, four plasters, fifteen physio sessions, twelve weeks- and she still can’t raise the hand and give the RSS salute convincingly.

The problem, as I see it, is that the very term “corporate hospital” is an oxymoron. A corporate exists to make profits, a hospital to cure people. You can’t do both without cutting back on one or the other. But even this does not fully explain why these hospitals have become impenetrable and unaccountable bureaucracies. It takes hours to get an admission, and even longer to get a discharge. These hospitals are as reluctant to discharge a patient as a father is to give his daughter away in “kanyadan.” It took me six hours, after lining up at four different counters to get various NOCs- that’s about the same time it takes at AIIMS, Delhi, even when Mr. Modi is getting his vax shot there. So why does one have to pay ten times more for this privilege?

Neerja runs an NGO for children with severe mental disabilities. But even she is far more forthcoming with her kids than these hospitals are with their patients. They rarely bother to explain anything and their doctors feel offended if you ask questions. Once, at another such hospital, the doctor prescribed an expensive procedure for my son which had been performed just a month ago. I politely asked him why it was necessary to do it again. He haughtily informed me that I would need an MBBS degree to understand that, and he didn’t have the time to explain it to me anyway. I politely informed him that I had paid Rs. 800 for his time and he could refund that to me. He quickly backtracked. We didn’t do that test, it’s been eight years since that incident, and my son is none the worse. I did complain to the management but, as in the case of the government, they can’t be bothered.

But, frankly, I don’t blame the doctors: they are as good as any in the world. The problem is that hospitals are no longer run by doctors but by MBAs, CAs and lawyers. The bottom line is just as important as the squiggle on the patient’s ECG chart. It is common knowledge that doctors are given revenue targets, to achieve which they are encouraged to prescribe unnecessary tests, medicines, investigations, referrals- all at highly inflated costs. The average patient has no recourse to redressal of his grievances, there is no Regulator to instill any discipline on these hospitals ( not that the other Regulators have proved worthy of the trust that Parliament has reposed on them).

The genesis of the creation of these hybrid monsters, I feel, has been the disappearance of the G.P. (General Practitioner), the family doctor and the stand alone private hospitals. Today it’s almost impossible to find a good G.P or clinic and one has no option but to go to a consultant in a corporate hospital. Once there one is in the coils of an anaconda and can exit only when one is squeezed dry. The main culprits, however, are the governments over the last twenty years who have failed to either establish enough medical colleges or hospitals in the public sector. The country has a shortage of 600,000 doctors and 2 million nurses; against a WHO norm of 1:1000 population we have 0.5 doctors per thousand population. U.P boasts of only 0.4. 60000 Indian doctors are working abroad. But the government is not bothered: it has washed its hands of the problematic public health issue and has handed it over to the private sector. Even the Ayushman Bharat programme is an opportunity for the latter (and their partners in crime, the insurance companies) to make even more money. The Union govt. has budgeted Rs. 6400 crore for it (2021-22), all of which will go to the private sector hospitals. This money could have established at least five AIIMS or 35 medical colleges, or double these numbers if the states are asked to put up a matching share. A worthwhile investment for the future, you would think, except that for politicians the future ends in 2024.

Some day I shall write about that other pea in this corporate pod, the CGHS ( Central Government Health Scheme), one of the eternal founts of revenue for the corporate hospitals. Can you imagine what happens when two bureaucracies work in tandem?