The present government at the centre is in no hurry to meet its grandly proclaimed targets. We have it on the authority of the Prime Minister himself that Acche Din have been deferred by 25 years. This year’s union budget is a ” hundred years” budget, presumably because it makes little sense for 2022. Minister Piyush Goel, at a post-budget press conference on the 2nd of this month, announced that this budget ” lays the foundation for the future.” The BJP has been in power for eight years now and if it is still at the foundation stage this does not engender much hope. Which is why Mr. Modi’s Delphic proclamation at Glasgow in December 2021 that India will reach Net Zero emissions by 2070- two full generations from now- is not surprising. It is par for the course. It is based on the premise that since in the long run we are all dead, it does not matter what you promise, provided it is far enough in the future. 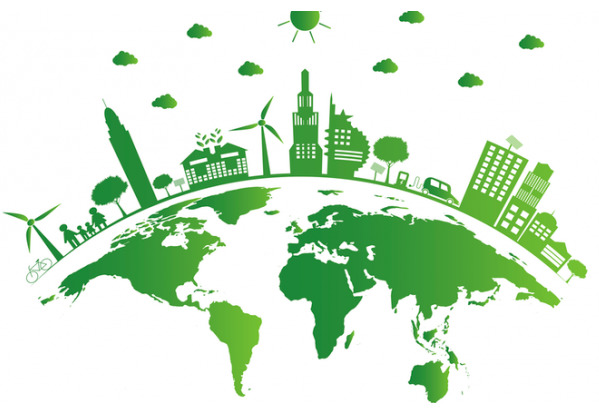 Given the disastrous environmental policies being pursued by this govt. there is no way we can achieve Net Zero in this century. Mr. Modi seems to think that it is enough to promote solar power to a level of 350 GW by 2030. While this is necessary, it is not enough by itself without paying attention to other, equally crucial dimensions. Attaining Net Zero involves two broad and parallel strategies- reduction of emissions and sequestering/ capturing the emissions that do take place. This govt. seems to be working only half-heartedly on the first and, worse, completely ignoring the second.

India produced 2.41 billion tonnes of CO2 in 2020 (7% of global emissions) and the target is to reduce this by 1 billion tonnes by 2050 and capture the rest, thus achieving the Net Zero status. It does not appear that we will be able to meet either target if the present policies continue.

To achieve the reduction of 1 billion tonnes it is absolutely imperative that fossil fuels are largely replaced with renewable energy. We will be doing that in percentage terms- the use of coal as part of our energy mix will fall from the present 70-75% to about 40-45%. But the bad news is that in absolute terms the consumption of coal shall GO UP hugely. In an interview to Rajya Sabha TV on 17th December 2021 the Additional Secretary in the Ministry of Coal, Mr. Vinod Tewari, disclosed that coal consumption is projected to almost double by 2030- from the current 930 million tonnes to about 1700 million tonnes. Both domestic production and perhaps imports will go up correspondingly. To supply this demand the govt. will continue to aggressively explore for new coal blocks. And even after 2030 demand for coal shall keep going up; according to Tewari the peaking is expected by 2040-45 only. This does not inspire much hope of meeting the target of 1 billion m.t reduction of emissions by 2050.

But there exists an even greater worry, even if we achieve the 1 billion tonne reduction target: how do we capture the 1.50 billion tonne plus emissions being pumped into the atmosphere every year? I have not yet seen any signs of a CCS (Carbon Capture and Sequestration) policy, which is expected to cost about US$400 billion ( 2.4% of India’s GDP) by 2050. The only mechanism we have to do the job, therefore, is the natural, god-given one- our natural forests and ecosystems. One hectare of moderately dense forest acts as a carbon sink for 147 tonnes of CO2 and can continue to do so for a hundred years- if it is not deforested. And that is the crux of the problem- we are ravaging and destroying our forests on an unprecedented scale and destroying forever their carbon sequestration capacity, which is so vital for meeting our Net Zero targets.

The ISFR (Indian State of the Forest Reports) will never tell you the truth and continue to conceal the actual facts behind a thicket of dubious methodology, self-serving interpretations and internationally rejected values. It continues to claim, year on year, that the country’s forest cover is increasing whereas this is not supported by its own figures. Between 2015 and 2021 very dense forests in an area of 31367 sq. kms (3.136 million hectares) degraded into the scrub and barren land – a carbon sink capacity loss of 450 million tonnes of CO2. There’s more: 9.40 million mature trees have been felled between 2016-20 for various projects- that amounts to a loss of an additional 141 million tonnes CO2of sequestration capacity. I could give more figures but they are not necessary to establish that at this rate of destruction of nature, Net Zero even by 2100 is an impossibility. Instead of increasing our sequestration capacity, we are hell-bent on reducing it!

Mr. Modi and his government of myopic tradesmen attach no importance to the natural environment and view it only as a resource to be ruthlessly exploited to favour their cronies. The regulatory framework painstakingly constructed over the years in consultation with civil society and environmentalists is being dismantled Act by Act, rule by rule. Rivers are being damned or diverted, Protected Areas are being denotified, highways being built through tiger reserves, centuries-old pristine forests being hacked down for mining coal and diamonds, the Himalayas are being gang-raped by “developers” and its precious glaciers threatened, the Western Ghats are being denied the protection that at least two expert committees have pleaded for. All relevant legislation- Forest Conservation Act, Wildlife Protection Act, Environment Protection Act, Coastal Zone Regulations, to name a few- have been amended to facilitate this pillaging and carpet bombing of nature.

The very concept of forestry has been changed- from ” protection” to ” management” and states are being encouraged- “coerced” is perhaps a more accurate term- to accord environmental and forest clearances without proper scrutiny. In pursuit of this unholy haste, as many as 11500 forest approvals have been given between 2014 and 2019, the rate of approval is an unbelievable 99%! The courts are mute spectators to this carnage. The protests of villagers, tribal communities and indigenous populations and experts are contemptuously ignored. The effects of global warming, climate change and anthropogenic disasters are staring us in the face, but for this govt. “ease of doing business” is the only mantra.

The current policies are failing to address the two main milestones on the Net Zero pathway- absolute reduction in fossil fuel consumption, and sequestration of emissions. We still do not have a national Energy policy, there is no discernible route map to Net Zero status, there is no mention of CCS plans, reports about the status and health of our forests continue to be fudged- all we have to go on is an assurance that all will be well in the new Amrit Kaal. And while we trudge towards this new mirage, time is running out fast.