Dharamshala: Seven soldiers of the Indian Army who were hit by an avalanche in Arunachal Pradesh’s Kameng Sector have been found dead. The troupe was part of a patrol team and had gone missing after being hit by the avalanche in Tawang district on 6 February. 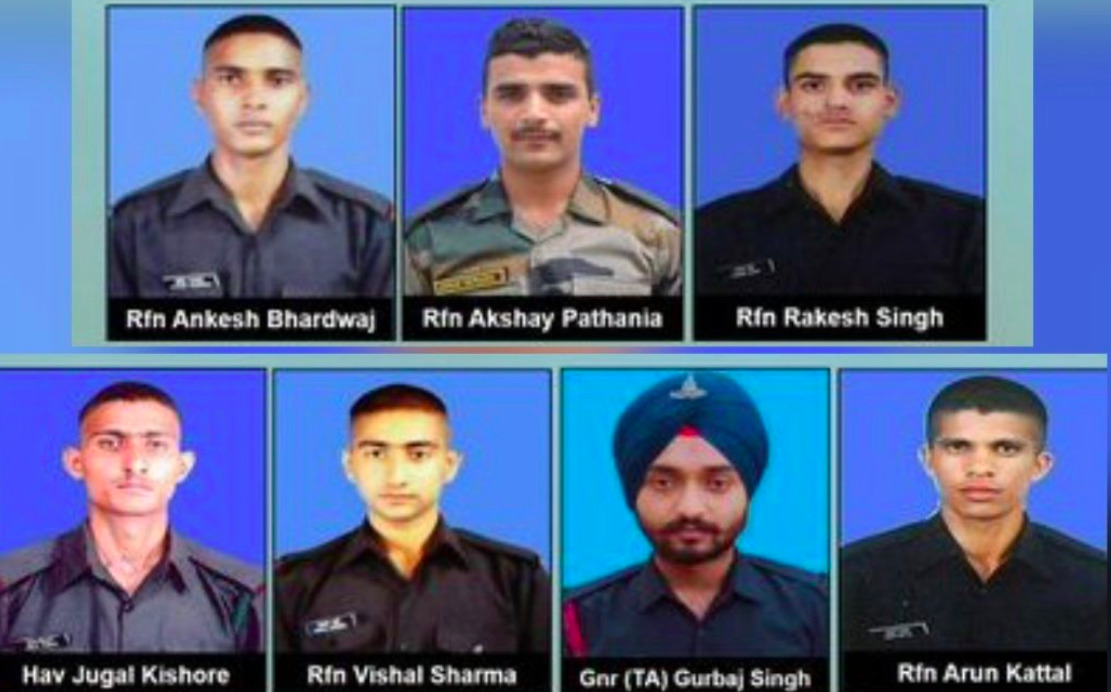 Among the victims, the 21-year-old Ankesh Bhardwaj, a resident of Sau Panchayat of Ghumarwin sub-division of Bilaspur district and Rakesh Singh, a 26-year-old Jawan of 19 Jack Rifle of Maheshgarh village of Baijnath sub-division of Kangra district are from Himachal Pradesh.

Rakesh Singh leaves behind a young wife Anjali Devi and a six-month-old child. The Father of Rakesh Singh, Jigri Ram is a retired man who had served in the Indian Army.

The defense minister Rajnath Singh expressed grief over the tragic death of the servicemen.  He tweeted,

Deeply pained by the demise of Indian Army personnel who were struck by an avalanche in Kemang Sector, Arunachal Pradesh.

These brave soldiers lost their lives while serving the nation. I salute their courage and service. My heartfelt condolences to their bereaved families.