There are two certain ways to lose a friend: one, have an affair with his wife; two, start a discussion on politics. The first can occasionally be a tempting prospect, for as the wise guy said: all best things in life are either illegal, immoral or married to someone else. Having an affair just got easier too, with the Supreme Court ruling that adultery is not a crime. But a word of caution for my friends in the army who may be breaking out the champagne bottles – the Ministry of Defence has filed a review petition in the SC asking that it should continue to be illegal for army types.

Apparently (the govt. feels) that the Army operates in peculiar conditions and the guys at the borders cannot really keep their sights on the Chinese and the Pakis if they are looking over their shoulders all the time to see who’s inviting their spouses for a drink in the oui hours of the night. I agree. The SC does appear to be making things difficult for our Army Commanders- first it amends Article 377 of the IPC, and now it decriminalises adultery, which is certainly a fair, gender neutral balance of sexual proclivities; but we can’t convert our LAC and LOC into Sodom and Gomorrah, respectively, for God’s sake! We’re supposed to be screwing the PLA, remember?

Nearer home, I’m happy to confess that I’ve never lost a friend by “stealing the affections ” of his wife, though I may have stolen a look or two at times when Neerja was looking the other way. And now it’s too late, at 70 years any woman beyond ten feet looks like an abstract Henri Matisse painting, and I’ve forgotten those lines from Shelley and Keats that made for good bait in one’s Delhi University days. These days it’s bhajans and the Hanuman Chalisa for me. The focus is on living longer, not living it up.

So that leaves politics. I’ve been blogging now for a few years, partly as a reaction to the extremely limited scope for displaying my literary talents while in government. In those halcyon days my efforts were generally limited to inscribing “For orders, please” or “Approved as proposed” on files. A longer sentence such as “Hon’ble Minister may pass suitable orders in the light of noting above” was highly unusual and was considered a magnum opus by bureaucratic standards.

So now, like the lady of pleasure released after a two week quarantine, I’m letting it all out. During service, one didn’t meddle in politics, primarily because it was difficult to predict the winner of the next elections, and backing the wrong horse ensured a lifetime cleaning out the horse shit in the sarkari Augean stables. Post retirement, however, things have changed. As Pericles said in 430 BC: just because you do not take an interest in politics doesn’t mean that politics won’t take an interest in you!

And so, battered by one surgical strike after another- Aadhar, demonetisation, KYC, Fast Tag, HSRP, CAA, NRC, Farm laws, Lockdown- the worm turned and I started inflicting my thoughts on an unwary public and friends. I tried making sense of the political chaos around us, what with 2000 political parties headed by saints, dynasts, carpet baggers, crooks out on bail, godmen, megalomaniacs, and so on. I quickly figured out why India had so many parties: you see, no one political party can fool all the people all the time, that’s why we have so many of them. Actually, it was Bob Hope who said that, but it was a good starting point. 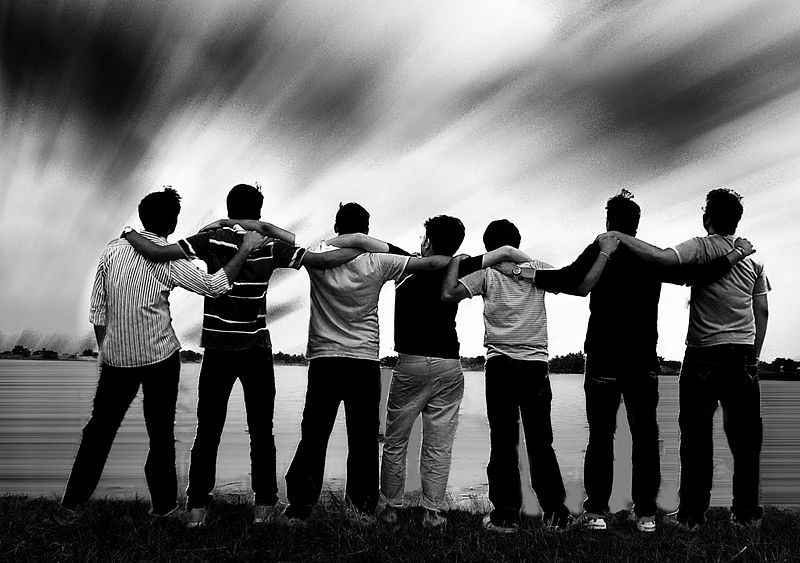 I make no secret of the fact that Mr. Modi would not be my candidate for the Nobel prize, or any other prize. I firmly believe that the BJP is responsible for all the ills of this country, except malaria, polio, and tuberculosis which, as we all know, were the result of Mr. Nehru’s incompetence and a foreign conspiracy in the last century to malign us. Rihanna and Greta Thunberg may have had a hand in that too, but as the Delhi police are still investigating this bit, we may need another century or so to finally know. In my view, the BJP is like a time machine which is taking us back to the primeval sludge from which we emerged with great difficulty. Which is why I have very few friends left or relatives who are willing to admit that we share the same DNA. Statistics show that Mr. Modi enjoys the support of 40% of the voting population, but he has the support of 80% of the guys I know. And they are not happy about having nursed a viper in the family bosom all this time. Batch mates, when I phone them, prefer to listen to Amitabh Bacchan’ s covid caller tune rather than talk to me; childhood friends from school have burnt all class photos where my mug scars the immediate landscape; the wife has moved into the guest bedroom; my younger son refuses to share the wi-fi password with me; my sister has decided against giving me the Glenfiddich bottle she had bought for me for Raakhi till I stop intoning “Modi hai to bumpkin hai.” There have even been times when I have caught my son’s dog looking at my ankles in a thoughtful way: I am sure he is waiting for inspiration from the next “Man ki Baat” before launching a surgical strike on them- ” when he goes low, I go lower!” as one of our diplomats famously didn’t say in the UN.

My views, as expected, have evoked radical responses which, unfortunately, Twitter has failed to censor. One Group Captain cast doubts on my paternity and sent a complaint to the PMO ( I will not divulge his name as such a man deserves to remain anonimo, as they say in Spain for a pain in the nether regions.). But I will give him the benefit of doubt: it is possible that his mother dropped him on his head when he was a baby or his parachute failed to deploy on one of his jumps and he landed on his head, resulting in partial damage to what passes for his brain. Others have questioned how I made it to the IAS, which is not new for me since this is the exact question the Director of our Academy asked me in 1975, and has been repeated by many Chief Secretaries since then. Kangana Ranaut has not yet tweeted on the issue, but that’s probably because she is too busy dissing Rihanna and Greta Thunberg and comparing herself to Meryl Streep and Tom Cruise to read my blogs. She will find the time some day, however, and so I’ve cancelled my trip to Manali this summer- never depilate a lioness in her own den.

Many curious readers have inquired about my contribution to the public good while in service, which is highly unfair, because the IAS was never intended to deliver that. One particularly rude chappie advised me to ” Get some balls, Mr. Shukla!” I of course ignored him since I have plenty of golf balls, thank you, as also a few marbles. A few well travelled types have helpfully suggested that I move to Pakistan. There are even some who have sympathised with my family for having had to put up with me all these years- this one did strike a chord with my immediate descendants but as I still pay some of their EMIs nothing further has been said about it at the dinner table.

The unkindest cut, however, was delivered by a gentleman whose name sounds like it came out of a superbike exhaust- Mr. Vroom. He wrote that my writings lacked sense, that he was not impressed with my style or vocabulary, and that “this much English even Chetan Bhagat can write!” That really hurt, folks.

Blogging, therefore, is a lonely profession ( as you would have noticed from the above). Perhaps then I should switch to the micro-blogging sites? After all, how much trouble can one get into with just 140 words? But should I twitch on Twitter or coo on Koo? To consider this methinks I shall now betake myself to a cave near Kedarnath ( if it has not been washed away by another glacier) and meditate on where I have been going wrong. It didn’t enlighten Mr. Modi but it might just do something for me.