Kullu: Newly inaugurated Atal Tunnel ensures all year connectivity and has reduced the journey time for people. Bracing up for ensuring safe travel, the district police are determined to maintain well organised and safe traffic activities in area.

Gaurav Singh, district police chief says, “we have have deployed more than 30 personnel between at Palchan, the South portal area and inside the tunnel for regulating traffic and for providing security. 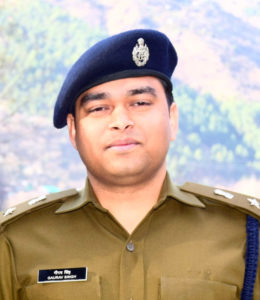 Unnecessary stopping of vehicles inside the tunnel is totally prohibited and offenders will be booked,” he said.

The police officer informed that doppler radars are being used to ensure that vehicles do not over speed inside the tunnel. Police from the two adjoining districts of Kullu and Lahaul-Spiti have set up a control room for the purposed.

Besides, a control room for BRO (Border Road Organisation) is also being constructed to keep a close watch on traffic offenders.

“There is a constant patrolling by police near Palchan bridge which does not permit entry of unauthorised vehicles into the area”, Singh said. He appealed to the users of the tunnel to abide by the traffic rules.