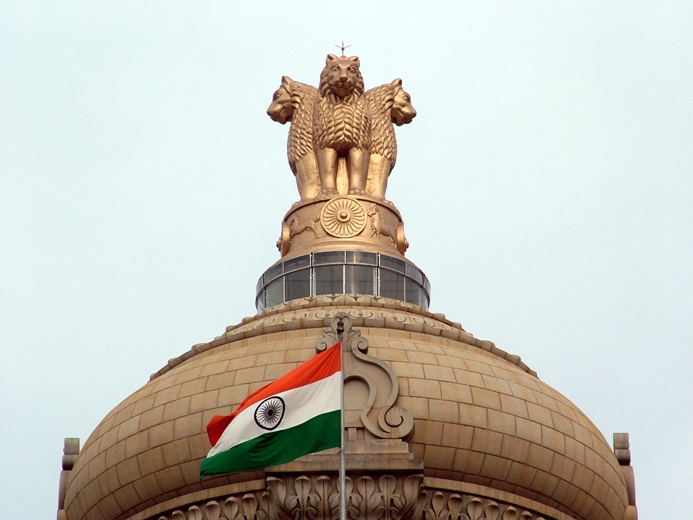 Mumbai: National anthems worldwide often become ritualised with its adherents paying little attention to the words or their underlying meaning. As India prepares to celebrate its 65th Independence Day Wednesday, a new documentary seeks to search for the essence of the country’s national anthem.

“Bharat Bhagya Vidhataa: The Architects of India’s Destiny” is filmmaker Shashi Vyas’s way to “explore the spirit” of the Indian national anthem. It will hold its inaugural screening in Mumbai Wednesday.

The documentary traces the countrywide journey of Mumbai youths Anshul Ramnani, Vaibhav Wali and Juby Devasia looking for the essence of India outside their urban cocoon. Narrated by popular actor Boman Irani, the documentary was inspired by the 100th anniversary of the anthem in 2011.

Slickly shot, the aim of “Bharat Bhagya Vidhata” is to connect India’s younger generations to the glorious struggles that the anthem represents and “rediscover India through fresh eyes”.

“It is a journey to understand the traditions and values that still hold strong as the backbone of India, the values that are personified by its common men and women who work tirelessly, with integrity and courage, in order to make a difference, because they understand the power and responsibility of being a citizen,” says a backgrounder to the movie.

For Vyas, the film’s conceptualiser and producer, the quest began at age 17 when a person who had taken part in the country’s freedom movement asked him: “You stand up and sing your national anthem. Do you even know what it means?”

A little over four decades later, Vyas also seems to be looking for the answer from the standpoint of the urban protagonists.

“At that time I considered myself to be fairly well versed with the Indian nationalistic movement and prevalent culture yet there I sat, unable to answer this question with any degree of clarity.

“It jolted me. Later I went on to set up my chartered accountancy practice and got caught up in the humdrum of day to day life, but this question lingered in my subconscious,” Vyas was quoted as saying by the official backgrounder.

In the documentary, the three get to meet and engage prominent Indians such as Infosys founder Narayana Murthy, environmentalist Bittu Sehgal, well known theater personality Vijaya Mehta and activist Sunitha Krishnan. To balance the perspective they also interact with everyday Indians such as Vijay Nambiar and Babar Ali among others.

“Jana Gana Mana” was written and composed by Rabindranath Tagore and first sung at the Calcutta session of the Indian National Congress Dec 27, 1911. It was adopted as the national anthem by the Constituent Assembly Jan 24, 1950.