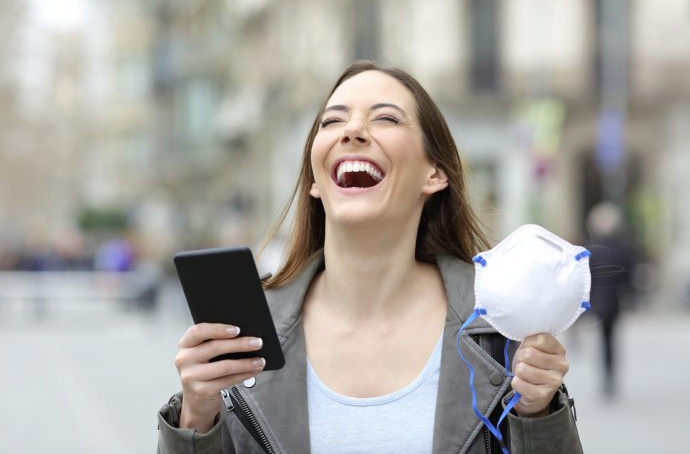 Notwithstanding the rising corona count, most people would agree that our civil services, particularly in the districts, are doing a very fine job under extremely daunting circumstances. The DMs, SPs and CMOs are making optimum use of a broken down system, poor infrastructure, limited resources to successfully keep the numbers from reaching exponential levels: this is more or less true across the country, to the surprise of many. And this is in spite of poor planning and zero consultations with the states by the center. The Prime Minister will of course take all the credit but it is the civil services which are delivering- not the PMO, not the Cabinet- amidst the confusion and bankruptcy of ideas in Delhi. I personally cannot remember the last time when the administration worked with such efficiency, cohesion and single minded determination. There is only one reason why this has been possible- the politicians are locked down! Just consider- when was the last time you saw (or heard) any member of Mr. Modi’s cabinet, or of any state? Where are all those MPs, MLAs, Pradhans, opposition stalwarts with their demands, protests, dharnas, rallies, threats, ultimatums, interference ? All safely locked down in their mansions , in dread of both the law and the virus; allowing the machinery of governance to focus on its job. India is a much better place with the Giriraj Singhs, Sanjeev Baliyans, Owaisis and Kapil Mishras kept off the streets, keeping their toxins to themselves. It is not only the natural environment which has improved thanks to the coronavirus but also the administrative and political environment. Encouraged by this, I would earnestly request Mr. Modi to extend the lockdown for politicians by at least six months after it is relaxed for the rest of the country. The pathogens spread by them are far more lethal than any virus and our democracy has yet to find a vaccine for them. Keep these carriers out of circulation for another six months and we would have a Swacch Bharat by then. Why, by then we might even develop some immunity from them.

Mr. Modi rarely condescends to explain to us humble citizens the reasons behind his decisions, and the creation of the new fund, the eponymous PM CARES is one such. Which is precisely one reason, among many, why I do not intend to contribute to it. Why did he have to launch another donation portal when the Prime Minister’s National Relief Fund, which was set up in 1948, can do the job just as well? I suspect it is his narcissism that drives him to leave his personal imprint on everything and destroy any legacy of his predecessors, not unlike the kings of yore. The PMNRF was established by Jawaharlal Nehru and therefore has to be sent to the chopping block: the first step has been taken to replace it completely with the PM CARES. The new Fund is also totally opaque, no rules for it have been notified, including for its oversight and audit. Why has it been allowed to accept CSR contributions when the various Chief Minister’s Relief Funds have been denied this concession? Will it be covered under RTI Act ? Most observers feel it will not, as it is a public trust. To put it simply, I don’t trust it.

Why was this fund needed at all, is my second question? If changes were needed in the PMNRF (like expanding its scope or removing the Congress President as one of its Committee members) this could have been done by amendments to it. Our Prime Minister is constantly in the JFK mode, advising us not to ask him what he is doing but to ask ourselves what we are doing for the country. Which is okay when things are hunky dory but these are not normal times. Before asking us to donate from our already stretched incomes, he should have – he was duty bound – to tell us what steps he has taken to mobilise additional funds for the epidemic from the govt. coffers. The govt. has plenty of money, if only it would jettison some of his fanciful projects, prioritise his govt. spending better, and show a modicum of empathy for the poor.

Here are some suggestions:

The money is there, the correct priorities and intentions are not. But Mr. Modi will not speak to us to allay our doubts and explain what he intends to do. And until he does so I’m not too excited about PM CARES or doesn’t care.

I don’t know about you, folks, but I had my Omar Abdullah moment yesterday. I had gone to the Mother Dairy booth just across our Society gate to buy some vegetables. The store clerk totaled up my bill and said, respectfully, “Two hundred rupees, Auntie.” Now, it’s been a while since anyone mistook me for a woman, or treated me like one: the last occasion that I can recollect was when I was about eight years old, in a Ranchi hostel, and had gone to the warden for some medicine for a bruise on my head acquired in the boxing ring.The kind hearted (and slick fingered) Jesuit father insisted on checking, and feeling, my thighs to arrive at a correct diagnosis before sending me on my way with a Saridon. I have since spent 60 years without encountering this medical diagnostic practice so I was, if not non-plussed, at least not very plussed at being addressed in the feminine gender. I looked in the mirror and saw an Asiatic Dorian Grey kind of face with salt and pepper locks cascading down on both sides, a hirsute parenthesis for the Shukla kisser, a reverse mirror image of Omar Abdullah when he emerged after eight months of the traditional Modi hug. And then it struck me!- this is what happens when forced confinement prevents you from getting sheared for any length of time. The moustaches spoilt the picture somewhat but then that is par for the course too these days – most women in Delhi too have sprouted whiskers after three weeks away from Barbara and Kamini – I think these are what FICCI has mistaken for the “green shoots” in the economy. I forgave the clerk, as is my wont, and returned home in a pensive frame of mind: what if, the next time Mr. Amit Shah wants to embrace Omar Abdullah under PSA, the police mistake me for him? In these troubled times, is it preferable to be mistaken for a woman than for an Abdullah? Food for thought, folks, and another reason to stay at home till the barbers, and the good days, return.

TAILPIECE: Lest we start feeling sorry for ourselves for our current incarcerated plight, be humbled by the words of the poet: