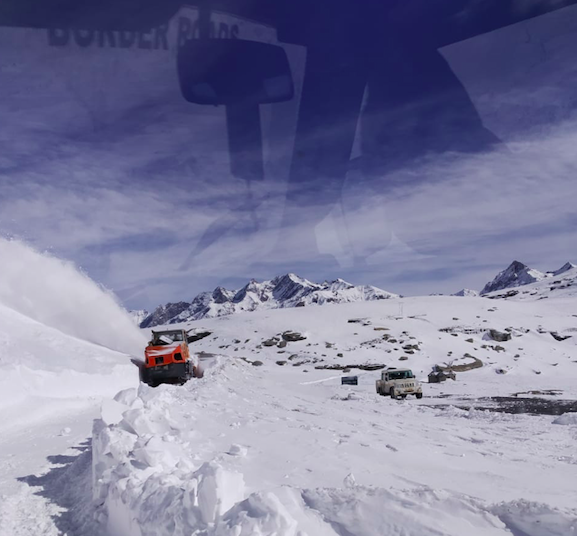 Manali: Equipped with modern machinery and technically skilled officers and jawans, the Border Roads Organization (BRO) was making efforts to have the Rohtang Pass opened by 25th April.

Colonel Uma Shanker (SM), Commander, 38 Border Road Task Force (BRTF) said, “if weather conditions remained favourable we could open the snowbound Rohtang Pass by 25th April. Work is in progress from the other side of Rohtang Pass in Lahaul valley, he added. The operations for clearing the pass of snow was started in February.

Colonel Shanker further said the early opening of the 13,050-ft-high Rohtang Pass will also bring great relief to the Lahaul-Spiti valley inhabitants. He said five snow-clearing teams had been deployed for opening of the 222-km Manali- Sarchu road. Snow cutters and other modern machines were being used besides the services of dedicated and well organized team work of officers and jawans.

Uma Shanker said they had to cut through 20ft to 30ft of snow. The Commander said the first team from Manali was clearing snow near Gulaba towards Rohtang Pass, while the second team is clearing snow between Koksar and Rohtang Pass. Five snow cutters, six excavators, eight dozers and other machines have been deployed to execute the task. BRO with machinery are working with strenuous efforts to reopen the road.

“Despite sub-zero temperature and high altitude, our men are on the job to reopen the vital road. The weather has played spoil sport in the snow clearance. Every now and then fresh snowfall brings the snow clearance operation back to square one. Despite all that the road will likely be thrown open 25 April,” the commander said. 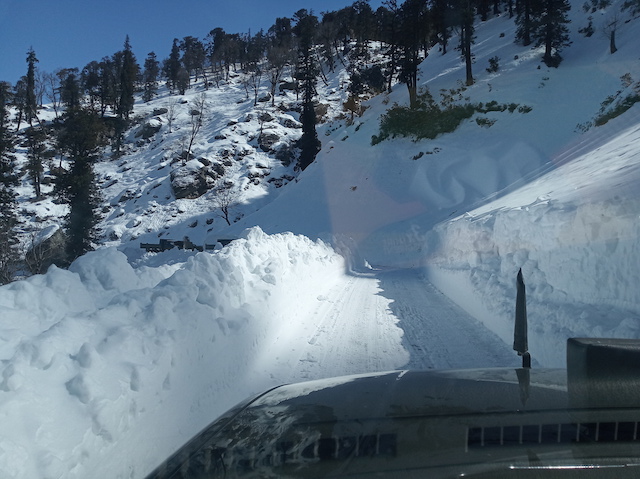 The Colonel said the work started after organizing a puja in Gulaba in February where all officers, jawans and machine operators prayed for their safety and favourable conditions. He has directed jawans to take their safety on priority. He further added that his prime goal was to open Manali-Rohtang-Keylong highway to bring relief to thousands of people of Lahaul valley.

Meanwhile, SDM Manali, Raman Gharsangi said two rescue posts had been established on either side of Rohtang Pass for the convenience of the people of Lahaul. Rescue teams will be operational to help and escort people crossing the Rohtang pass.

Raman requested pedestrians to register themselves at both the posts before and after crossing the mighty Rohtang Pass. He also said that pedestrians should not risk their lives and should cross Rohtang only after ensuring that the weather was clear.