So here’s your question of the week, dear reader: when an eighteen trillion dollar economy starts collapsing what do people rush to buy? If your answer is food, or medicines or cigarettes you are sane. If the answer is condoms or booze then you are reasonably sane (but should be consulting a shrink.) But in both cases you would be wrong. Because in the United States, where the President poses for photographs with toilet paper sticking to his shoes, the answer is – naturally- Toilet Paper or TP in these abbreviated times. As is now marketing lore, when news of the coronavirus entering the US without even a visa broke, stores were wiped clean of TP within hours; there was a 60% surge in demand, customers were rolling in the supermarket aisles after the rolls, and butt coin replaced bit coin as the new currency.

In hind sight (the correct word, you will agree) this was not unexpected in a country which consumes 7 billion rolls of TP in a year, 50 pounds per capita, worth roughly US $ 6 billion. This is already twice the average consumption of Europe and yet Americans like Oliver Twist wanted more! Marketing gurus and psycho-analysts went into a tizzy trying to explain this sudden explosion in demand. I know nothing about marketing and even less about psychology, but to me the explanation is crystal clear – every time a Chinese sneezed in Times Square, every American within a hundred meter radius shat. Ergo, more butts to wipe. And here’s the delicious irony – TP was first invented by the Chinese in the 6th century! How’s that for marketing strategy – send in the toilet paper, then the coronavirus, and then more toilet paper? 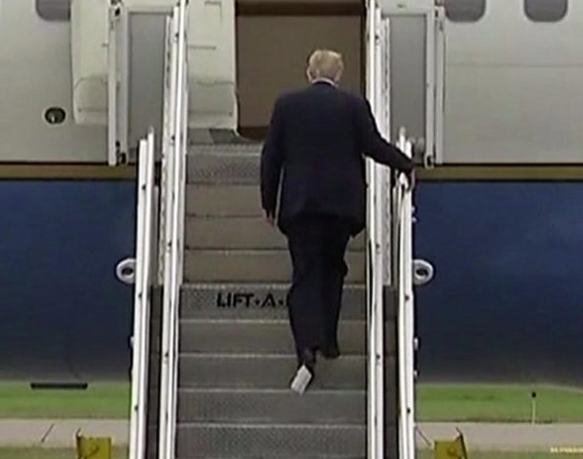 It doesn’t take much in these days of forced quarantine for me to get nostalgic about the past, and when I read about the TP stampedes in the US, I sub consciously found myself wandering back down the toilet paper trail in my own life. I recollected, for example, how TP has shaped my personality. As a six year old who had outlived his welcome at home, I was dispatched to a boarding school in Ranchi, Bishop Westcott Boys’ School. We were issued one roll of TP every week, regardless of the current status of our vowels, sorry, bowels. At times of the “loosies” the ruddy things did in fact serve as butt coins and one roll was worth quite a bit of tuck in the canteen. We slept with the rolls under our pillows, but for us Lower KG types (you couldn’t get any lower, in size or in academic status) the chink in the armour lay in the “bogs” or toilet block.

The bogs were partitioned into cubicles whose doors, however, did not reach the floor but stopped about eighteen inches short of it (like our trousers). There being no shelves, the TP roll had to be deposited on the floor for use at the appropriate time. Lower KG types were fair game and provided the prey base for the bigger guys. My nightmare (repeated at least three times a week) when seated on the throne was to see a hairy hand slither under the door, grab the TP roll and withdraw with a heh-heh-heh. This was usually followed by bilateral negotiations through the door, sometimes converting to multi-lateral WTO type parleys, courtesy the adjoining cubicles, when agreement was elusive. Three years of this have left a permanent mark on my personality: I am a hopeless negotiator, can’t bear to look at a TP roll, and never enter lavatories whose doors do not reach the floor.

Following this toilet trail into later life brings me to the time when I was posted as a callow SDM to Chamba in the backwaters of Himachal in 1977. My Deputy Commissioner was Yogesh Khanna, a good friend now but a veritable dragon back then. Because of an irritating peptic ulcer Yogesh subsisted almost entirely on gelusil tablets and breathed fire on his SDMs in the manner of Typhon of Greek mythology. Singed more than once, I rebelled and declined to attend a party he organised for the first birthday of his first son, Ronnie – a grand event, because a DC’s eldest is regarded as Kanwar sahib. My first war of independence, however, did not go unnoticed, and invited retribution not dissimilar to the 1957 one. At the stroke of the midnight hour that night Yogesh rang me up and ordered me to inspect all the municipal toilets in town immediately and submit a detailed report at 10.00 AM.

I rousted the SHO, Tehsildar and the Junior Engineer and we made the rounds of all 15 public toilets. It was evident in no time that these toilets functioned only on foolscap paper, not toilet paper or even water, and at the end of our tour we were smelling like sewer rats. We found that quite a few drunks and druggies had made the loos a home away from home, and they also functioned as the local stock exchange for various stimulants. I don’t think Yogesh ever read my fetid report but my personality had been further moulded by the nocturnal inspection: I now look upon tipplers and trippers with a kindly eye and deeply sympathise with Indu who, quite clearly, had no idea what she was getting into when she plighted her troth with Yogesh in a moment of absent mindedness so many years ago.

Fast forward to 2018 and an elevation of 4200 meters, to a sylvan wonder called Khorli poi, a forested pasture on a ridge in the Tirthan valley. I had gone on a trek there with an old forester friend, and our party reached there by evening. Khorli poi lies in the remote depths of the Great Himalayan National Park in Kullu district, it is a birder’s paradise as it is the habitat of the endangered Western Tragopan pheasant. On arrival we found that a young, intrepid wild life photographer from the National Geographic was also camped there: she was doing a photo shoot/article on the tragopan. Her name was Mun Mun. We pitched our tents and, as is the custom, the toilet tents were put up about a hundred meters away among the undergrowth to provide some privacy. (Incidentally, that precisely is the difference between a walk in the woods and a trek: if you don’t have to trudge a hundred meters to take a dump then it’s not a trek).

After a pleasant camp fire and dinner we retired to our respective tents. Early next morning, awakened by an orchestra of bird calls and crystal clear sunlight, I grabbed a bottle (nothing strong, just water) and made my pensive way to the toilet tent. Going through the familiar SOP I was about to adopt the traditional posture of the homo erectus at such moments when I saw something glinting in a bush straight ahead. An alarmed inspection revealed that it was the lens of a camera trap, pointing straight at the Shukla regalia! Unknown to us, Mun Mun had got up before sunrise and placed her cameras at strategic locations in the undergrowth to catch the elusive tragopans and had not noticed our DIY loo. I demurely covered the camera with thick foliage and went back to my interrupted ablutions. It was a narrow shave indeed. I’ve always wanted to have my photo on the cover of National Geographic, but certainly not in the buff, with the caption: HOMO CRAPIENS. Fortunately, the incident had no impact on my already weak psyche, but it did reinforce the wisdom of Confucius: “The wise man crap in-camera, not on camera.”

So grab your pens, folks, and jot down those gradually dimming recollections of a life wasted; it’s amazing what you can recollect when you spend your incarcerated days banging pots and pans and your evenings lighting candles, to the shouts of GO, CARONA, GO!