Kullu:  The ‘Jagati’ (parliament of Kulu deities) held at Lord Raghunath temple, Sultanpur was attended by 115 deities gathered for the occasion from all over the valley where they decreed purification rituals for reviving the sacredness of their places at the Dussehra ground. 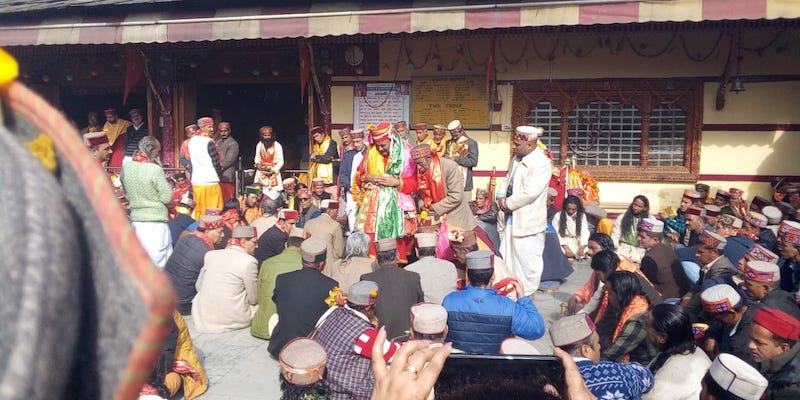 During this religious ceremony ‘Jagati’ all the deities expressed their resentment over the decreasing devotion and faith towards the age-old religious system. They were also angry over failing to maintain the holiness of their places, where they sit for the seven days during the International Dussehra festival Kullu. 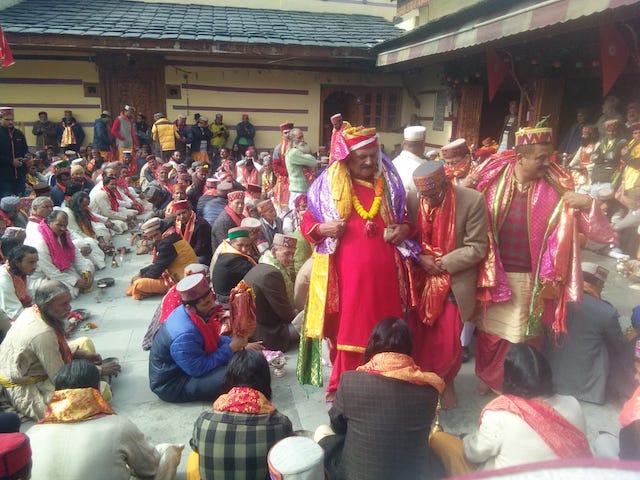 Maheshwar Singh, chief caretaker (Kardar) of Lord Raghunath talked to media that the event was held as per the directive of ‘Dev Naag Dhumal’. All the deities present ordered for performing of the religious purification ceremony to revive the sanctity and sacredness of the place. They also warned that if respect for the deity system is not properly adhered to with the same devotion as per customs then people will have to face it’s future consequence. The deities through their oracles also warned about refraining from starting new rituals at the cost of ignoring the old ones.

‘Jagati’ in Kullvi dialect signifies a religious parliament of deities. The religious symbols of deities across the valley are sent with their ‘Gur’ (oracles ). Ordinarily a Jagati is not held regularly, but only called for if it is considered to be compulsory. From the local religious perspective it means a lot for the Kullu valley people where every important part of life is deeply connected with the deity culture.