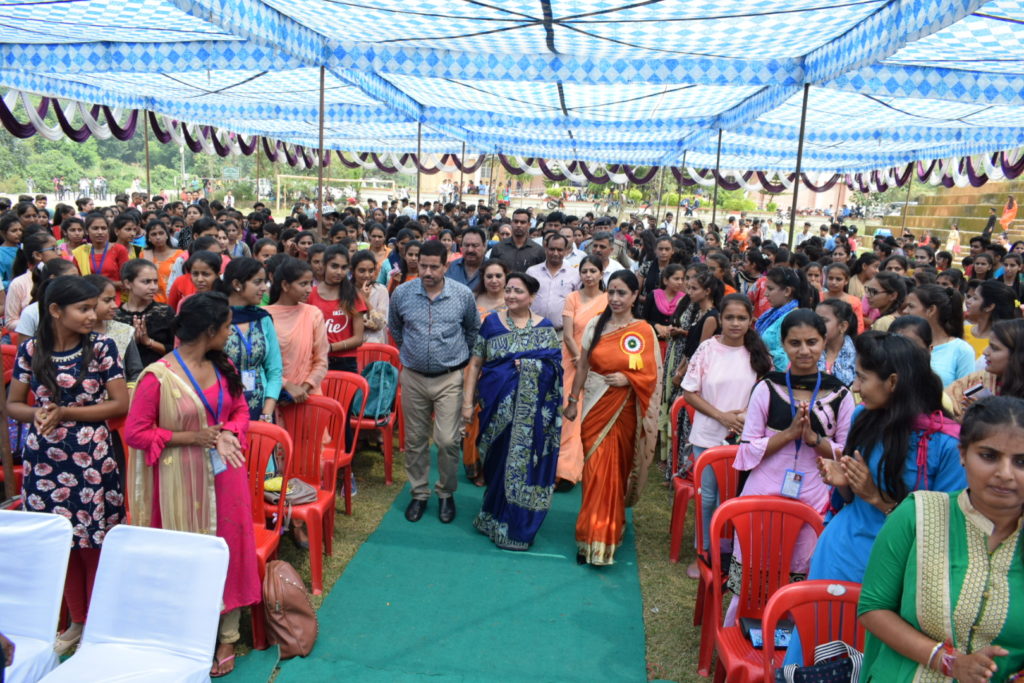 Dharamshala: Cutting back on costly power supplied by the State Electricity Board, Government Degree College, Shahpur has become one of the first government student institution in the state to take to renewal energy by going solar.

Speaking after inaugurating the newly installed solar plant on the campus, Ms Sarveen Chaudhary, a minister the Jai Ram Thakur government, said, solar energy generated by the institution own plant will help the college to save about Rs 2 Lakh on annual electricity billing.”

Installed at a cost of Rs 9.94 Lakh, the 20 kW grid connected power generation plant is the first solar energy plant in any government college of the state, claimed Ms Chaudhary.

As a chief guest for the colleges annual function, the minister spoke about the efforts the government was taking in imparting quality education.

“The government is spending Rs 7598 crore on education in the current financial year, which is a substantial increase over last years budget,” she said.

The minister also inaugurated a computer lab and a girls common room in the college. She said that a hostel for girls and the colleges administrative block would soon be constructed.

College principal Aarti Verma made a presentation of the colleges activities and achievements in the academic year.