Art Buchwald ( Washington post columnist):” You can’t make up anything any more. The world itself is a satire. All you’re doing is recording it.”

It’s that time of the year when Delhi-wallahs start planning for their winter vacations. They begin their google search for  locations which are exotic but still serve ” chhola bhatura”, hotels which do not sell bananas at 250 bucks per piece, and airlines which can still afford to buy their fuel. Aggregators like ” Make Me Trip”, ” OHO Rooms!” and ” Ube(tte)r not” redouble their efforts to can these sardines as quickly as possible. Toll barriers prepare to take a heavy toll on frantic motorists, like the Kodak bears on migrating salmon in Canada. Traffic cops prowl the highways, anxious to recoup the moneys spent on the Diwali festivities- a job now made so much easier by Mr. Gadkari’s fines.

I too briefly considered running the gauntlet of falling boulders, landslides and mile long traffic jams better known as the Kalka- Shimla national highway to spend some quality time at my cottage near Mashobra, but decided that more urgent things need my declining powers of attention. I have decided instead to go to my ancestral village in Fatehpur in UP, which I have not visited in 40 years. I really had no choice- the decision was made for me by our Home Minister, Mr. Amit Shah, when he announced-again- in Assam that the NRC( National Register of Citizens) would be extended to the whole country and that every single ” ghuspaitia” would be thrown out of the country, perhaps in the manner of Satan being hurled out of Heaven. Watching him on TV, I had the uneasy feeling that he was looking accusingly at me. If there’s one thing we have learned in the last three months ( other than the “fact” that Section 370 has been responsible for all of Kashmir’s problems) it is that you can’t mess with this gentleman- he must be taken seriously. 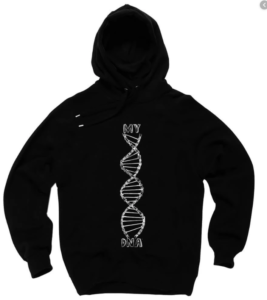 You see, I’m a classical migrant: born in Odisha ( not my fault, one has to be born somewhere), I’ve been on the move constantly in my 68 years- to Asansol, Hazaribagh, Ranchi, Kanpur, Fatehpur, Calcutta, Delhi, Himachal. Not only have I gathered no moss, I’ve also not gathered any papers to prove that my family has been in this country since it became a country! As 1.9 million wretches in Assam found out, one or two documents will not do since in India every type of document can be forged; one has to provide, I learn, about ten different documents. The logic of NRC appears to be that if you can forge ten docs then you are exactly the kind of intrepid, Fake-in-India citizen that India needs.

There are no Shuklas left in Fatehpur, something which the local Fatehpurias are grateful for, but that is not my point. The point is: how do I find the voter’s list of 1952 or 1954 to prove that my grandfather’s/ grandmother’s name was on it? Everybody whose name was on it is now certainly dead, or wishes that he were. The Deputy Commissioner’s office , equally certainly, has by now become a gaushala and the voter’s list served as breakfast to the starving cows. I suppose I could go to the Election Commission of India in Delhi, but they can’t even find the statement of statewise votes cast/ recorded by EVMs in the 2019 elections! What chance is there that they will be able to confirm that Pandit Kalicharan Shukla was a voter in 1954?

I was born in 1950 so my birth certificate should do, I suppose. But back then my Dad tore up the certificate after having one look at my crumpled face. I don’t even have a School Leaving certificate because I didn’t leave school- they threw me out because I insisted on being the first, and not the seventh, dwarf in ” Snow White and the Seven Dwarfs.”  My pension order is another life line, it has my date of birth. But the Treasury Officer won’t certify it either: for the last three years he has been insisting that I first prove that I am still alive. The last option, according to the NRC rules devised after much thought and little logic by the Supreme Court, is to produce what is called a ” legacy document”. Here too it’s a no go; the only legacy document left for me by my father in 2017, by which time he had had enough of New India, was a note to state that I should pay the milkman, an honest tradesman, for he mixed only RO water with the milk. But  that won’t convince Mr. Hajela.

I need to find some DNA to establish my kosher descent. We Shuklas, pedigreed Brahmins all, are descended from Bharadwaj Rishi who prowled the Himalayas long before Mr. Modi meditated in that cave in Kedarnath. Since now even the Supreme Court has accepted that the Raghuvanshis are descended form Lord Ram, Bharadwaj Rishi’s descendents cannot be denied the fruits of this res judicata. If my DNA matches the Rishi’s ( he MUST have left some in another, two-star cave), I would be home and away. But I have a feeling my search would be futile, for all ancient DNA has now become NDA. Maybe I should go to Bangladesh and re-enter as a victimised Hindu when the Citizenship Amendment Act has been passed. But even this not without its risks- what if I am mistaken for a Rohingya ? Looks like it’s going to be a long and bitter winter for me.

They’ll be coming for you too, folks: it doesn’t matter how you voted.