Speaking on Afghanistan, President Donald Trump In a televised speech from Fort Myers in Arlington on August 21, 2017, had said: Pakistan often gives safe haven to agents of chaos, violence, and terror; we can no longer be silent about Pakistan’s safe havens for terrorist organizations, the Taliban, and other groups that pose a threat to the region and beyond; we have been paying Pakistan billions and billions of dollars at the same time they are housing the very terrorists that we are fighting. But that will have to change, and that will change immediately. No partnership can survive a country’s harboring of militants and terrorists who target US service members and officials; it is time for Pakistan to demonstrate its commitment to civilization, order, and to peace. Trump’s references to India redefined the erstwhile US Af-Pak policy to include India and de-hyphenated the India-Pakistan gaffe. 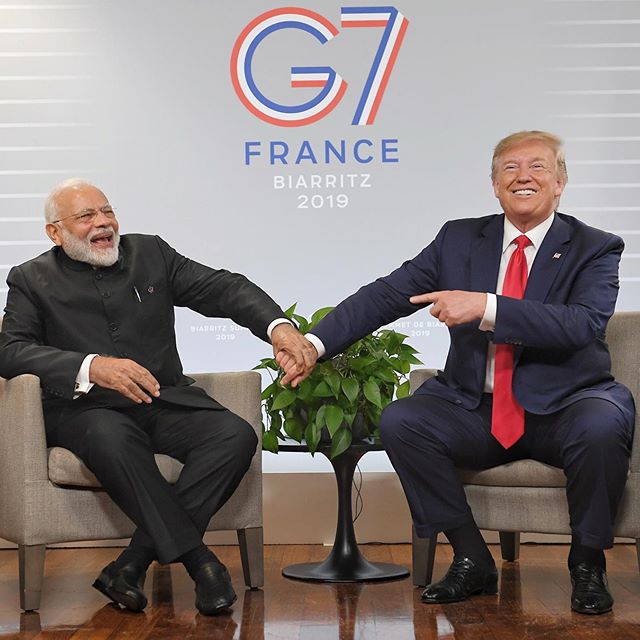 But has Pakistan changed? As of July 27, 2017, reports indicate 2,372 US military deaths in the War in Afghanistan; 1,856 of which were killed in action. 20,320 US service members were wounded in action, in addition to 1,720 US civilian contractor fatalities. Month-wise figures of US military fatalities beyond above date are not available but 14 US soldiers within 2019 have already been killed. And look at US hoping Pakistan will bring Taliban into Afghan reconciliation, enabling reduction of US presence in Afghanistan. Pakistan continues to back Taliban, Haqqanis and other terrorist groups attacking India and Afghanistan. At a time when US intelligence was saying Afghan and Pakistan Taliban had largely coalesced, Pakistan’s ISI was putting together an Islamic State Brigade in Peshawar, pushing it west into Nangarhar Province of Afghanistan.

About time, US realizes cuts in grants, aids and assistance will not make Pakistan give up terrorism. Despite all the cajoling, threats and coercion since Trump’s above speech, the Asia Pacific Group of the FATF has had to place Pakistan on the ‘enhanced blacklist’ for failing to act on terror funding; found non-compliant on 32 of the 40 compliance parameters of terror financing and money laundering, and adjudged low on 10 of the 11 effectiveness parameters. What further proof is required of Pakistan’s intentions? Why then is Donald Trump hyphenating Pakistan with India over Kashmir? The Taliban has rejected Pakistan’s effort to link the Afghan situation and US pullout/reduction with Kashmir, which is internal matter of India.

Imran Khan, Pakistan’s Prime Minister is crying about safety of India’s nuclear weapons and bogey of a nuclear war in the Subcontinent because India’s defence minister ‘hinted’ New Delhi ‘could’ reconsider its no first use policy. But retired Lieutenant General Khalid Kidwai, advisor to Pakistan’s National Command Authority, says: India merely gave an academic signal, and India’s officially declared Nuclear Doctrine has caveats catering for operational situations wherein India reserves its rights to use nukes first. Notwithstanding Kidwai’s statement, the US knows full well that India’s is a responsible nuclear power with impeccable credentials.

Trump says he is the chosen one to fight China; whether he said it jokingly or not, fact remains Trump is the one who started the trade war with China, which is raging both ways now. Economics are important but hardly the sole factor for achieving geopolitical supremacy over the adversary. As important are military muscle and the political will. China, which wants to replace the US as the predominant global power, is not likely to break up like the Soviet Union jettisoned by western machinations.

US made the strategic mistake by letting the Chinese dragon make Pakistan its nuclear talon. America continue to push the China-Pakistan nexus under the table, ignoring PLA presence in Pakistan and Pakistan occupied J&K (PoJK), ignoring the joint China-Pakistan military coming up at Jiwani, Chinese marines presence in Gwadar and expansion of airfields in Gwadar, Islamabad and other Pakistani airfields to accommodate large PLA aircraft – all of which will challenge US presence in the Indian Ocean, particularly in the Gulf and Straits of Hormuz.

There was a time when US openly expressed fears of safety of nuclear weapons of Pakistan, even had plans to take over their control if they were to fall in jihadi hands. But that stage has gone past long since because of dithering US policies. A large segment of the Pakistani army are radicalized and Qamar Javed Bajwa, Pakistani army chief just given himself three-year extension, is Musharraf 2.0; same radical qualities with part of his cabinet same as Musharraf had. Recall Pervez Hoodbhoy stating in August 2011, “An extremist takeover of Pakistan is probably no further than five to 10 years away”. De-nuclearizing Pakistan is more impossible than North Korea but sub-conventional options, in which US is past master, remain wide open.

Michael Hughes said, “The name ‘Pakistan is an acronym, confected in the 1930s at Cambridge University by a Muslim propagandist named Chaudhri Rahmat Ali. It stands for Punjab, Afghania, Kashmir, and Indus-Sind, plus the suffix “-stan,” meaning “land In the Urdu tongue means “Land of the Pure”. Not only does Pakistan want to assimilate Afghanistan and Kashmir sub-conventionally, the military has made Pakistan land of the ‘impure’ – ‘Terroristan’. The US and allies need to focus on how to deal with this rogue nation which is China’s nuclear talon. Pakistan’s fault-lines are beckoning in Balochistan, Waziristan and Gilgit-Baltistan. Robert D Kaplan had written in his book ‘The Revenge of Geography’, “Pressure on land can help the United States thwart China at Sea”. That is the opportunity the US has in Af-Pak.

Not only should Trump de-hyphenate Pakistan from India, high time US bunks crying about human rights in J&K, where unlike US-NATO, Pakistan and Sri Lanka, India has never even used air and artillery, nor placed Muslims in concentration camps subjecting them to physical and mental torture like China in Xinjiang. High time America’s deep state permits its media to highlight Pakistani genocide in Balochistan, FATA and Gilgit-Baltistan. The British will automatically follow suit.