“Pakistan,” he said “Is a country without heroes. There are only two real ‘home-grown’ ones, Mohammed Ali Jinnah and Imran Khan. For others, we have either to borrow them from India and deny our shared heritage or turn to the wealthier and not necessarily desirable images from other nations.”

Well over a decade back, Lahore’s golf team came to Shimla to play the local team at the Naldehra Golf Club that is a few kilometres beyond town. I’m not a player as such, but was a member of the club. Someone in the government asked if I could take care of the ‘informal side of things’ for the event.

The players had teed-off long before I reached the course and I parked myself in the club house. There were a couple of men there and the rest were ladies. I settled down for my favourite activity at events like this, melting as best one could into the background and watching the world go by. The ladies from the other side of the border, dripped rubies and emeralds and breakfast was still to be served; the river-rapids and waterfalls of diamonds were for dinner and Jimmy Choo had plugged into a benign market. Ladies from this side, wives of the doctor, the lawyer, the bureaucrat and the soldier were dressed in the way one would expect them to be at a sports event – smartly and sensibly. One only wondered if this little display of a little obvious one-up-womanship had been planned over bed tea.

Past the greens and roughs of the course, a fairly large crowd had gathered from the villages around to witness the big tamasha on the course. One of the ladies learned over to another and said, “How can they allow people like that near the course. This would never have been permitted in Lahore.” Of course, they would not have been permitted. The multiplicity of the ‘us’ and the ‘them’ would become clearer over the following couple of days. It would have taken just one cry from one of those spectators who had left their fields and work, “Why are you playing them? They killed someone of my family in the last war (or in Kargil).” That would have been the end of big tamasha.

Within a short while, one of the gentlemen from Pakistan – and one with whom I was to spend a fair bit of time over the next couple of days and learn a lot – sidled over. Like me, he was not playing. He just gave his name then. Over the course of the next few hours it came out that he was the secret service man from Pakistan keeping an eye on the brood. As I was also sitting around, seemingly doing nothing, he wanted to check if I was the Indian equivalent.

The Pakistan team was the who’s-who of that country. This was an army, landowning and business elite. They and their brethren called all the shots that needed calling. Between a couple of hundred families (if so many), they not only controlled the country, they owned it. They made no bones about this ownership and the fact came out repeatedly in their conversations. What also came out was that the children of almost all were overseas or were trying to move overseas.

“Will they come back?” someone asked.

“No. Not unless the countries they are in, revoke their visas. There is no future for them in Pakistan.”

Here was Lesson No. 1:  Their stake in their own country was limited if they did not want their own children there.

On all days, liquor was freely available and most of the visitors had carried their own stock from Delhi’s duty-free shop. This provided another revelation. Many could drink us under the table and they did not sip, or even swig, they held a glass of whisky to their lips and knocked it back like there would none again from where that came.

This was Lesson No. 2: If you were a somebody, you could get whatever you wanted and get away with it – and be holier than thou while you were at it. This was subsequently reinforced some years later, when on one of my TV assignments, the British crew came via Pakistan and gleefully shared (complete with sneakily taken live coverage on their phones) of a grand party they had attended. This had been hosted by a person who is supposedly the most important man in that country today and to whom many in that country turn to for succour. The barmen were soldiers in uniform and had machine guns strapped to their backs as they passed the whisky around.

By the time we came to the last day of the golf tournament, one had become quite friendly with some of them. They were far warmer than many of us, I may add. On the last official dinner, one of them came up and mentioned how he had never had a drink in a bar. This was something hard to fathom. So off we went. The gentleman was nervous as we entered the bar. “I can drink here? No will stop me? Will I be reported?”  Once he had thawed, he lined up about six shots of the whiskies available in front of himself and lovingly had them all. 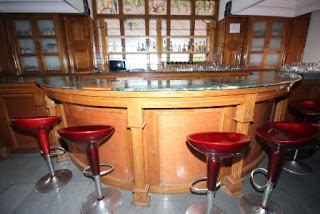 This became lesson No. 3:  These are lives lived while constantly looking over one’s shoulder. If you can get away with something while no one is looking, go ahead.

Some years later, with a reference from my father’s former school in Lahore, a couple came to visit us from that city. The man had lived most of his life in Chicago and business losses had made him return to Pakistan. Before Partition, his father had been with the Punjab government and posted in Shimla; this was where he had grown.

We became good friends over the years and from our numerous exchanges, came Lessons 4 and 5. “Pakistan,” he said “Is a country without heroes. There are only two real ‘home-grown’ ones, Mohammed Ali Jinnah and Imran Khan. For others, we have either to borrow them from India and deny our shared heritage or turn to the wealthier and not necessarily desirable images from other nations.”

Every country needs its heroes. These are people you look up to and wish to emulate. This is missing and substitutes were found lacking – or pointed in directions that only suited them.

“For all our friendships at a personal level, will there be peace between our countries,” I asked, if simplistically.

“No,” was the answer. “India has taken a different trajectory from Pakistan. We got our constitution long after you did. By then, power had been taken and transferred to houses which will never let go of it. Power is also dispersed and uncontrolled. Very importantly, there is no clear power-centre in Pakistan. Who will you make peace with? The army? The ISI? The hard-line religious leaders? The elected government which is weakest link of all? If you make peace with one or two, it does not follow that the others will accept or adhere to it.”

Not surprisingly, Kashmir came up time and again in the course of our conversations. And whenever one thinks of what he said, it rings true. Especially now. “There has to be definite border. This is here and that is there. As long as the lines are blurred, everyone will exploit them.”