The real heroes of Make In India are not guys on the Forbes 500 list but those unknown, ignored, under-the-radar entrepreneurs and innovators who are coming up with ideas that can, perhaps, save this planet from its ordained Apocalypse.

I don’t know about you, but I’m not too excited about Mr. Modi’s “Make In India” jumla. And it’s not just because the Dassault transfer of technology (to Hindustan Aeronautics Limited), worth tens of thousands of crores over the Rafale life cycle and beyond, has been consigned to the shredder by this government. It’s also because all that is being made in India these days are grotesquely monstrous statues and thousands of more dollar millionaires, demonetisation notwithstanding, or perhaps because of it. Okay, so we have a few more unicorns in ByJus and PayTM and Mr. Ambani has added another 5000 crores to his net worth. But this is all business as usual, further emphasis on the business model which promotes consumerism and more rampant ravaging of the earth’s resources. As someone who is not sure whether his genes will survive into the next century (remember Stephen Hawkings’ prediction ?) precisely because of these unsustainable business models, for me the real heroes of Make In India are not guys on the Forbes 500 list but those unknown, ignored, under-the-radar entrepreneurs and innovators who are coming up with ideas that can, perhaps, save this planet from its ordained Apocalypse. And there are quite a few of them in India, though the mainstream media, brought up on a junk diet of Hindutva, rape, corruption and poll surveys, may not have the time to report about them. So this week let us learn a bit about three of these innovators, youngsters who can change the destiny of this Anthropocene age. 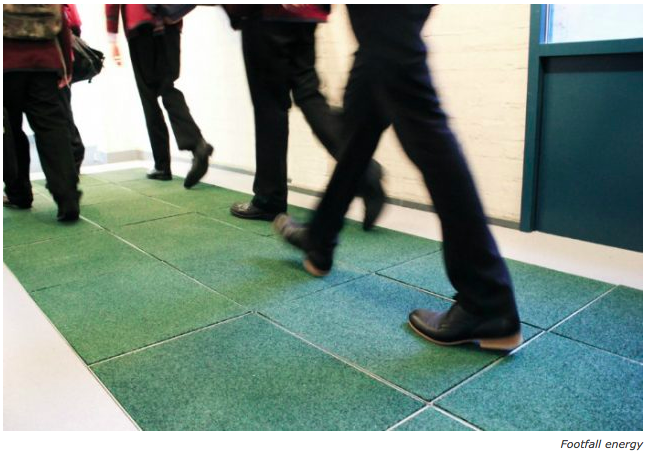 Mandar Talunkar is an engineering graduate in his early 30’s who has just patented an electricity generating device that requires no fuel to produce power. All it needs is hundreds of people walking over some special flooring tiles: the pressure of their weight on the flooring creates the mechanical energy which is used to produce electricity. His system has been installed in the Nagpur railway station in a small area on a trial basis, and it seems to be working: the power generated by the tiles is used to light up four 25 LED bulbs at the station entrance, apart from powering a couple of display screens. Can you visualise the promise this technology holds out, with tens of millions of people walking all over our public spaces, malls, airports, railway stations, even pavements? Why, we could have those wonder tiles on our treadmills at home: that 30 minute brisk walk on the apparatus every morning could generate the power needed to heat the water needed for the bath later! A DIY if ever there was one. This could, indeed, be the fabled demographic dividend that has been eluding our planners and Mr. Amitav Kant all this time! 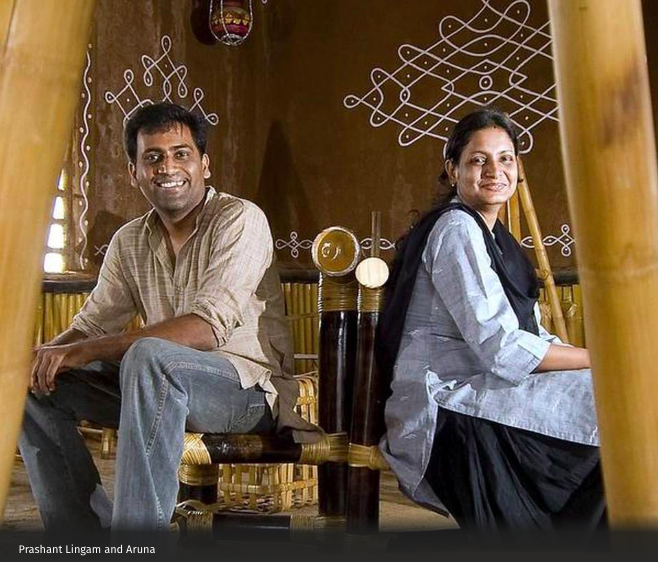 Next on my list is another youngster who works with that scourge of our times- plastic. Prashant Lingam of Hyderabad builds houses made exclusively from plastic! He has employed hundreds of ragpickers to collect plastic/polythene bags from landfills, which his process turns into building blocks and tiles which go into the construction of the houses. A typical, 2 bedroom unit consumes about 2.50 tonnes of plastic (the roof alone needs 5 million plastic bags!). These houses are better insulated from the weather than brick and mortar dwellings and therefore consume less electricity, but cost about 20% more. However, Prashant says this is all a matter of scale, and once demand picks up the unit cost will come down. The paver tiles (100 polybags = one tile) are a big hit with the Hyderabad City Council which is procuring them from Prashant’s company for public walkways and pavements. This technology, replicated on a large scale, can be a partial solution to the problem of recycling of plastic waste. It can also offer gainful employment to thousands of the weakest sections of our populace. One crore invested by Mr. Ambani in his high profile businesses will create just one job, the same amount deployed by the humble Prashant Lingam will probably create a thousand. No prizes for guessing who India needs more here. 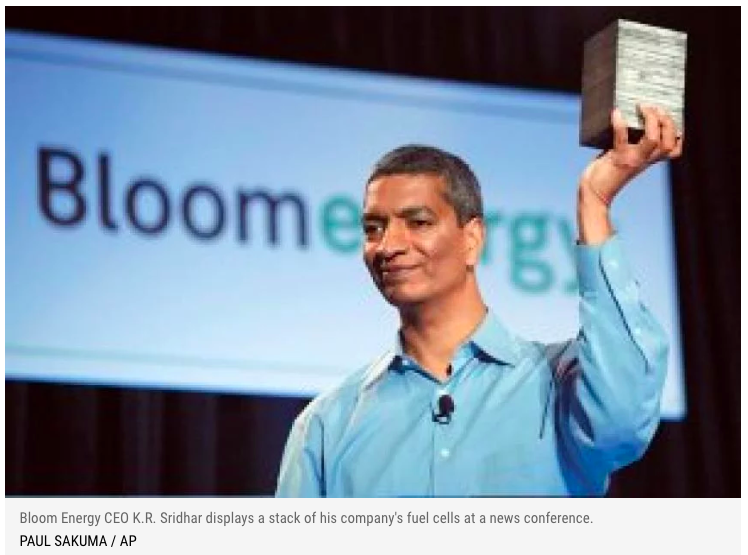 The third entrepreuner, one who can give Elon Musk a run for his money, is a young Indian in California, K.R.Sridhar. His start-up, Bloom Energy, has invented a power box the size of a Bose music system which can provide enough clean power to run one American home or six Indian homes. His patented secret is a fuel cell made of silica (beach sand) which processes clean fuels like natural gas or bio fuels and, through a chemical reaction, converts it into electricity. His invention is not a hoax or a chimera: it has inspired John Door, the venture capitalist who has invested in Netscape, Google and Amazon to put up US $100 million into the project. And it is actually working on the ground! Sridhar’s power boxes have been bought by Google, EBay and Walmart and have been functioning successfully for 18 months now. They provide 15% of EBay’s total power requirement in Silicon Valley headquarters and have already saved the company US $ 100,000 in fuel bills. The power is clean and off the grid.

Why is it that we never hear of these champions of the Earth except through social media? Why is it that we never see them at all those glitzy conclaves and business summits where the same jaded personalities are paraded before a wildly clapping audience – the Chandna Kochars and Amitav Kants and Nandan Nilekenis ? Yes, they have all contributed to the economy but the time has now come to look for solutions beyond GDP, GST, Interest rates and trade deals. The Bezos, Gates, Mas and Zuckerbergs of the world have no doubt revolutionised commerce and business models and processes but their tech driven consumerism has imperiled the planet and put the future of homo sapiens in question. They have caused a tsunami of consumption and degradation of the natural environment that is the hallmark of the current Anthropocene age, which may be the last for us. We now need minds and entrepreneurs who can reverse this trend and find unconventional answers to these excesses. This is what this young group of inventors is doing, and this is precisely why they need to be recognised and applauded by governments and societies. They might just make it possible for homo sapiens to walk into the next century. That’s why, for me at least, they are the real heroes.

[And oh! have I told you about my good wife, Neerja and her friend Mrs. Minu Sood ? They run a tiny NGO called ABHI in Shimla which works with mentally/physically disadvantaged kids who have completely dropped through the chinks in the govt.’s welfare programmes and are more or less left to fend for themselves. ABHI’s centre provides much needed counselling for their parents, physiotherapy, medical check-ups, basic vocational training, and social skills. Most important of all, perhaps, it gives them a place where they can mingle with others and escape six days a week from their lonely existence at home. And Neerja and Minu do this without any charge whatsoever, with minimal assistance from the government, which has even reduced the paltry grant they are entitled to under the Sarv Shiksha Abhiyan. They manage with a smile and help from a few friends and volunteers and well wishers. They remain unsung but they have made the world a slightly better place for those whom society has forgotten- a business model which has gone out of fashion.]