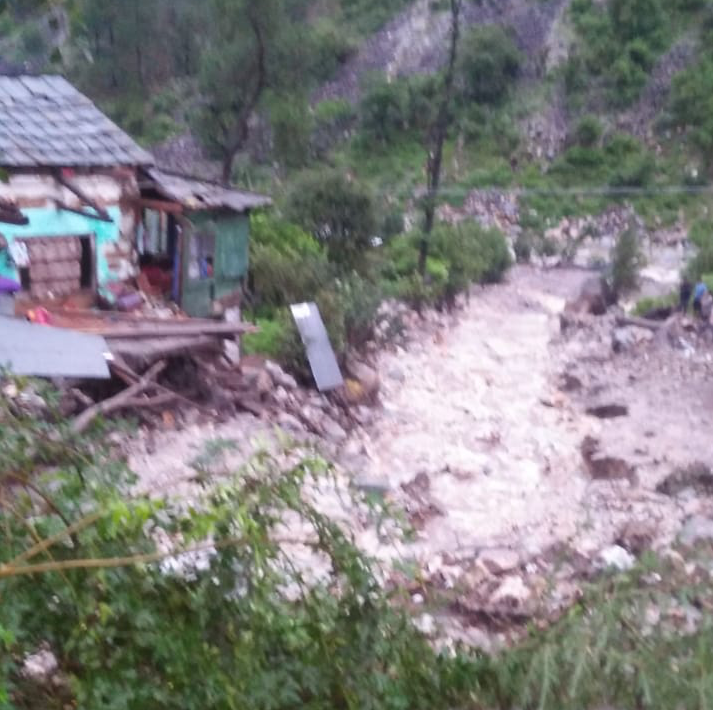 Kullu: Heavy rainfall has left a trail of disaster, leaving people shocked the way torrential and non-stop rain since Sunday increased the water level in rivers and nullahs.  Almost every nullah in district is gushing fiercely with flood water leading to a horrible increaed water level in Parvati and Beas rivers too.

Sunday night Katagla village in Parvati valley was hit by a cloud burst which had the entire village submerge in the violently flooding nullah. There is a report around 17 houses being buried under mud and debris brought by a sudden gush in nullah. No loss of life has been reported so far. Fast flowing Parvati river is posing a threat to it’s adjoining areas especially villages. Horrified people of nearby villages are compelled leaving their houses and taking shelter in safer areas.

There was another cloud burst incident took place at Sainj leaving road totally blocked. Bhunter town around 10 km behind Kullu town too have been submerged in flood water of Khokhan nullah.

There is flood like situation almost in every nullah, tributary causing disturbed and paralysed life across the district. There are reports of loss in crores across the district as many roads and water pipes have been badly damaged.

In wake of worsening weather conditions by torrential and heavy rain district administration has also announced holidays on Monday and Tuesday in all educational institutions including private ones too. Yunus, DC (Deputy Commissioner) Kullu issued an order on social media declaring holidays till Tuesday. 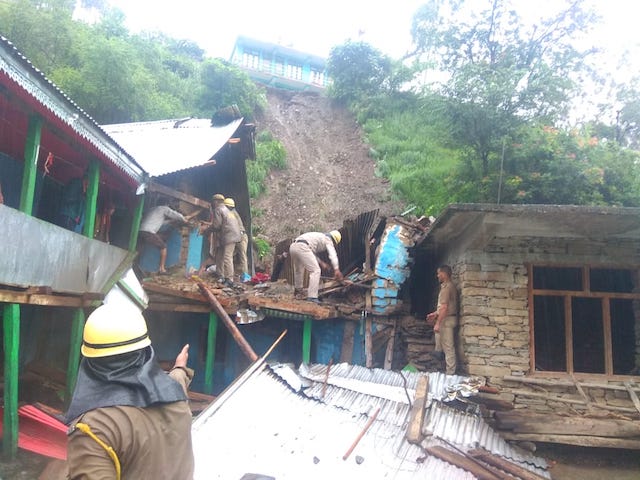 When contacted by Hill Post Yunus said, ”Looking at the situation, especially the way many incidents of flood and landslide have been reported so far, for students’ safety administration took the decision but I humbly appealed everyone to avoid unnecessary outings in such weather. All concerned departments especially PWD have been ordered to be ready and alert to handle every situation could be caused by bad weather conditions and as far as closed roads are concerned PWD is ordered to be on it’s toes.”

It’s learnt that disastrous rainfall wreaking havoc across the state disturbing normal life and hindering traffic at many roads including NH 21 and other link roads too blocked by landslides and debris coming with flooding nullahs. NH 21 has been blocked at Banala near Aut since Monday morning due to landslide though efforts to unblock the road are being made by administration continuously. Administration of adjoining district Mandi also ordered all educational institutions to be closed till Tuesday after looking at the disaster caused by heavy rain.