Indian cricket team is already two matches down in the five test series against England. What went wrong in the first two tests and why did it go wrong? A lot has been said and written about it with most being off the cuff stuff that is written either to meet publishing deadlines or just to be seen as ‘cricketing wise’. Most commentators tend to be politically correct.

The problem could be seen from the last series in South Africa where India should have comfortably won but instead lost two to one. First problem is Ravi Shastri – the Head Coach. Is he really a coach and mentor or is he just a cheer leader for Virat Kohli. In all probability he appears to be the later. He is Virat’s preferred coach which is an open secret. So we get a coach cum mentor who, from look of things, hardly coaches and mentoring is limited to giving high fives to anything and everything that Virat does – on the field or off the field. If Kohli did not play two spinners in first two tests in South Africa it was fine for Ravi Shastri even though South Africans floundered against spin while playing Indian pace comfortably. If Hardik Pandya is Captain’s choice and not to be dropped it is fine for Shastri even if it means unbalancing the team. If Rahane, an established performer in most conditions, is dropped in favour of a more whimsical Rohit Sharma then so be it, the head coach still gives high fives to the Captain. The sea saw approach towards Rahane’s selection that may play havoc with his confidence and career is of no consequence. The captain is always right and the coach shall not intervene seems to be Shastri’s motto for obvious reasons. 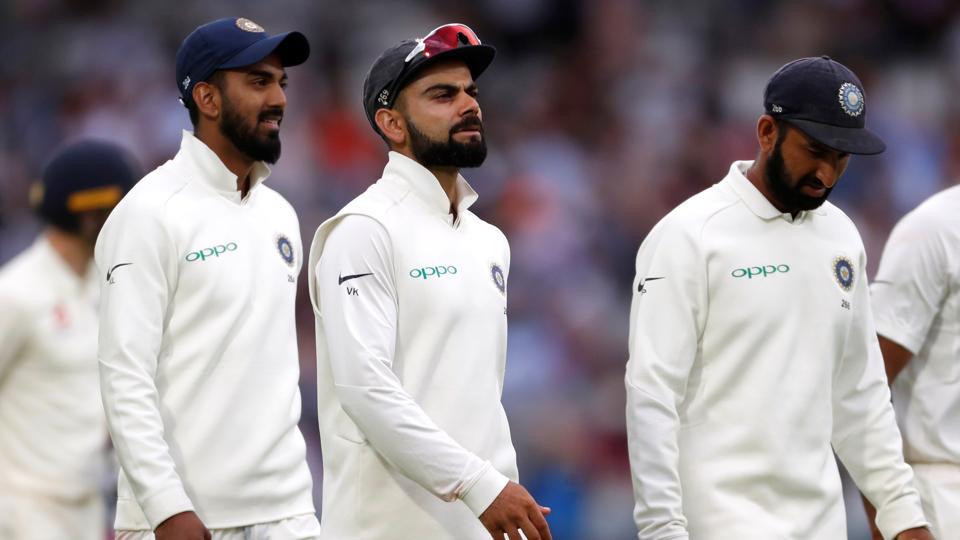 After South Africa the talk was all about England series that was more than five months away. The team decided it needed to acclimatise and be in England at least 6 weeks earlier – a luxury that BCCI readily agreed. The coach and captain both talk of tests being the ultimate in cricket. But lo and behold the team’s schedule starts with five T 20 matches (including two against Ireland) and another 3 One day matches where key test players like Vijay, Pujara, Ishant, Shammi and Ashwin have no role and Rahane was more on the bench than on the field. To make things worse, team’s best swing bowler for English conditions Bhuvneshwar Kumar is drafted in last one day game despite his rehabilitation from injury not being complete. That aggravated his injury and resulted in his missing the entire test series.  With Bumrah already on injured list this was indeed a bizarre decision. Only one four day game against a county side is scheduled before the gruelling five test series. Even that game is reduced to a farce as captain and coach decide to reduce it to three days in view of hot weather conditions in England. Indians complaining of hot English weather must be a first of its kind in history of cricket! That is not all. The game, devoid of any competitive cricket, became an extension of the nets with sixteen players playing.

After the only practice game in six weeks the team takes an eight day break in London – hot weather notwithstanding. Vijay, Shammi, Ishant and Jadeja had not played competitive international cricket for months. Pujara and Ashwin had only brief county stints in early part of English summer to be match ready. Rahane and Rahul had been more on the bench during T20 and one day matches than on the field. Barring the captain, Pandya and Shikhar Dhawan all others lacked match practice. So did the six weeks in England help the team? In absence of a couple of proper competitive games against good county sides the answer is obvious. Both captain and head coach must be answerable for this poor planning despite availability of time and resources.

If the first two test matches are any indication the coach’s coaching appeared to have come to a nought as all Indian batsmen were at sea against a disciplined English attack. On the other hand Indian fast bowlers were looking to strike with every ball instead of playing the patient ‘line and length’ game in English conditions. It was left to Ashwin’s bowling and captain’s gritty knock to save India the blushes in the first test and to make it look competitive. In reality a little more application by the batsmen would have assured a winning start for the crucial tour. May be a second spinner too would have helped if one goes by what Ashwin achieved. But then Pandya, fast bowling all rounder, is not to be dropped since Captain has a penchant for four fast bowlers and the coach just concurs. Will it be safe to assume that either the head coach does not understand, or he doesn’t care or he cannot prevail on the captain?

In the second test on a cloudy day the Captain opts for a second spinner when the weather and pitch were crying for an extra seamer. Once again the Coach concurred. Batting woes became worse while Indian seamers conceded more than double the runs per over than their English counter parts under similar weather conditions. It was a pathetic performance and the defeat margin says it all. If Ravi Shastri did anything to make sure that batsmen played the moving ball well and fast bowlers maintained a disciplined line and length in seaming conditions, it was certainly not on display.

There is no doubt that Virat is one of the better players in all formats of contemporary cricket. The question is whether he is equally good at captaincy. In shorter formats of cricket he still relies heavily on Dhoni. No wonder Dhoni continues to be part of the team and scheme of things for the World Cup in 2019. It is obvious even to a lay man that Dhoni’s current batting form is just a pale shadow of his exploits of yesteryears. Is it not surprising that even after captaining the side for over eighteen months in shorter formats of cricket Virat still needs Dhoni’s inputs and so he must play? The coach as always has either no say or just goes by what Virat wants.

As things stand today one could summarise the situation like this. For test cricket Vijay as opener is past his prime, Rahul and Shikhar should be given an extended run. Rahane and Virat walk in without any doubts in the middle order with two more batsmen from among Pujara, Rohit, Mayank Agrawal and Shreyas Iyer. As far as wicket keeper is concerned, choice is between Saha and Pant. Saha is an excellent keeper and if he delivers with bat then Pant could be his deputy, else at some stage Pant has to be tried. Ashwin walks in as the lead spinner with second spinner slot being filled based on form, opposition and playing conditions from among Jadeja, Kudeep Yadav and Krunal Pandya. Two or three seamers have to be part of playing eleven from among Bhuvneshwar Kumar, Bumrah, Shammi, Ishant and Umesh Yadav depending on form and fitness. Unfortunately there appears to be no place for Hardik Pandya. India must play two spinners in most test matches barring an odd one where local conditions speak for themselves and cry for an extra seamer as was the case in last test at Lords.

In shorter format team can experiment more. Rahul, Rohit and Dhawan certainly take first three batting positions with Kohli and Rahane to follow. Manish Pande and Mayank Agrawal could be the reserves. Rishab Pant needs a break for the wicket keeping all rounder position. The fact that he is a left hander and an opener also helps. Rahane is a must for one day games since a non flashy but solid player is required to stem a top order batting collapse that happens often in this format. Rahane’s strike rate of 78 is more than adequate for his position at number 5 in a one day game.  Two spinners from a pool of Ashwin, Jadeja, Chahal, Yadav and Kunal Pandya will compliment the team. Bhuvneshwar Kumar and Bumrah select themselves with one out of Shammi, Hardik or Umesh as third seamer.

It is no brainer that BCCI needs to have a relook at the coaching staff, particularly head coach. Harsh as it may sound but the earlier a change is affected the better it will be for Indian cricket. It may also be prudent to have a settled test team instead of changing and chopping before every test as is the norm in last 37 tests under Virat Kohli. For future players like Parthiv Shaw, Washington Sundar, Shubham Gill, Deepak Hooda, Basil Thampi and a few others must be developed and blooded in international cricket in next year or two to facilitate transition as older players retire.