Border Roads Organization (BRO) started snow clearing operation on strategically important Manali-Leh highway from March 1. The highway, which is covered with thick patches of snow, may open in record time. 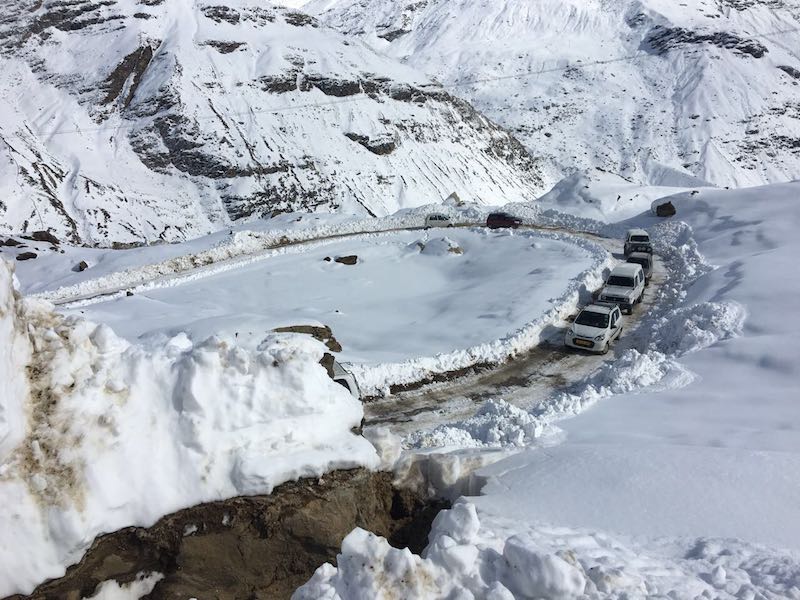 Every year BRO clears snow from the highway from March. Generally highway till Rohtang and Keylong is opened in May and the highway till Rohtang is thrown open for traffic in May end or early June but this year it was opened by 08April setting record this year. It was in 1999, 2000 and 2001 when the region along highway had very less snow and Manali-Keylong highway was opened in April. Nearly 17 years after, this year  repeat the history and highway can be opened on 9th April. 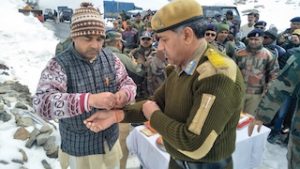 Rohtang pass, Baralacha pass and higher areas are covered with a thin layer of snow. Both the passes, which generally remain covered with 20 to 30ft of snow in February, have less than 5ft of snow. Amazingly, region has not witnessed any major avalanche and landslide and the road is not severely damaged. If hills do not get heavy snowfall, it will affect tourism and agriculture but will bring some relief to people of Lahaul in emergency by reconnecting them by road.

38 Border Road Task Force commander Colonel AK Awasthi said though higher areas are still covered with thin layer of snow but snowfall can occur anytime till April end. “We cannot predict what will be the condition till end of opening of road. Still we shall clear snow on war footings and try to resume traffic as soon as possible. We have noticed heavy snowfall in February and March many times. Only time will tell what will be the road conditions. If high walls of snow, ice, avalanches and blizzards will not stop our way, we shall clear snow well within time.” 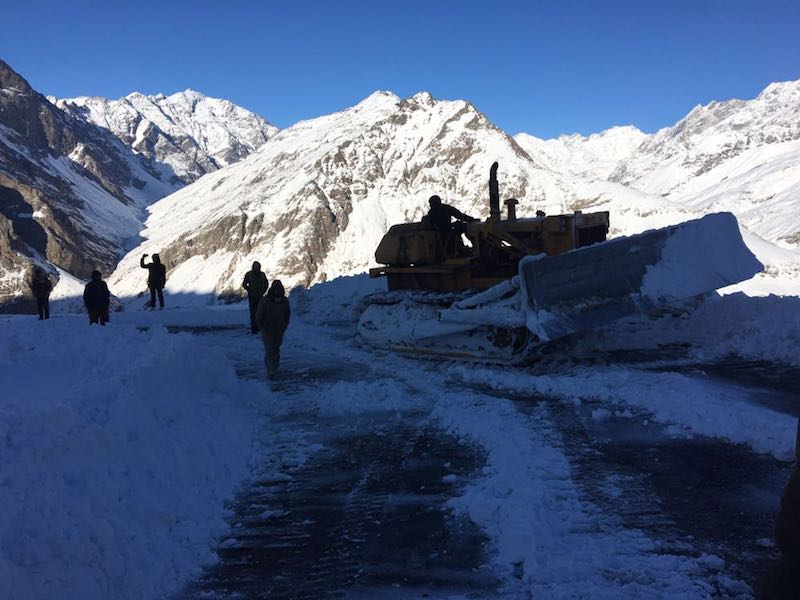 As the temperature is not favourable, BRO has stopped its cement (concrete) works. According to Awasthi, once temperature becomes favourable, they will start several works simultaneously. BRO is concentrating on widening of the highway, building new bridges, retaining and breast walls and blacktopping. BRO will also construct the highway beyond Shinkula pass towards Zanskar valley of Ladakh. If snow continues to deceive mountains, Manali-Leh highway on15May. But, if it snows heavily in next two months, the opening of road can be delayed.

The supply of armed forces will also resume with opening of this road to Leh as forces were earlier airlifting their supply from Chandi Mandir. India share long range of International border with China in the Leh Ladakh region of Jammu and Kashmir, meanwhile, Manali-Leh road is considered as shortest terrestrial.

Starting out early, Border Roads Organisation starting snow cutting operations from Rahla fall (27Kms from here) on the Manali-Rohtang-Keylong road and set out a stiff target to open the snowbound pass and aiming next target it to open the road to Leh in Ladhak.

This year BRO had started snow clearance operations for Rohtang Pass on March 19. The army road engineers claim that the road till Rohtang will be cleared in record time.  BRO performed the puja for seeking divine grace for ensuring a smooth operation and safety of their men and machinery.

Col AK Awasthi, Commander 38 BRTF at Manali, told hillpost that four teams, (two each from both sides) comprising 20 officers and subordinate staff, equipped with snow cutters, bulldozers and excavators, worked for over 12 hours a day March 12 onward to clear the snow.

They braved extreme cold conditions with the mercury staying at sub zero level and encountered impediments like snowfall, blizzard and slides, Awasthi said. 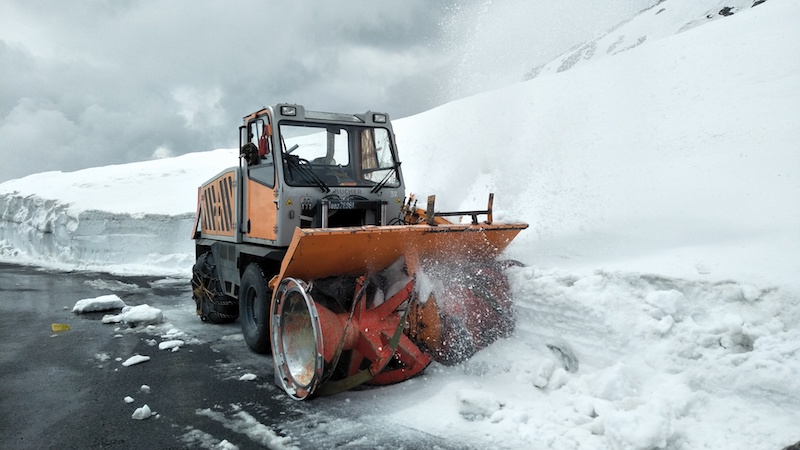 The BRO team successfully cleared the final stretch of snow on 5th April, restoring connectivity to the Lahaul Valley in record time, he said.

Col said the surface was still slippery due to the presence of a thick layer of ice.

He said 46 persons, who were waiting for the road to open at Koksar, were being provided food and shelter.

“We have been asked to send vehicles from Koksar first. Today, we checked the road condition and found a number of frozen stretches between Koksar and Rohtang,” he said.

The BRO’s 38 Border Road Task Force commander Col Arvind Awasthi said the highway would not be opened to the general public, but in case of an emergency, vehicles would be allowed to pass.

According to officials in Lahaul, first preference would be given to those who were stuck in the valley and only then vehicles from Manali would be allowed to come towards Rohtang.

Many people who wanted to go to Lahaul from Manali had booked taxis to reach Lahaul via Kishtwar route which takes about two days.Meanwhile, the Manali administration is not letting tourists go beyond Kothi.