Casteism is synonymous with creating unequal opportunities for different sections of the society for development and moving ahead in life. So what should be done to overcome this national shame of casteism, reservations and fragmentation of our society?

The other day there was a news item that a Dalit in Kasganj (UP) had to seek help of local authorities to be able to take out his marriage procession (baraat) as per route of his choice. The move was opposed by upper caste who did not want a Dalit baraat to go through their preferred areas in the city. One really wonders if we are living in 21st century in many parts of India or still stuck in the medieval ages where caste reigned supreme. The question here is do these upper caste people think they have a lien on parts of the town where they live? How can they even think of posing restrictions on movement of a normal Indian based on their own whims and fancies? What about the role of administration and law enforcing agencies? Why did they not take those upper caste individuals to task instead of just brokering an agreement on the route to be taken by the baraat? Is the administrative machinery so weak that it cannot deal with a few misguided individuals who want to impose their own rules on the local society? Such things can only happen if local administration and law enforcing agencies are either hand in glove with such individuals or turn a blind eye to the happenings around them. Both ways it speaks volumes for their inefficiency and partisan ways which is indeed shameful for the nation.

This incident may seem to be a minor aberration in the national context. However it must be used to bring the issue of caste and caste differences to the forefront. It is time to stand up and say that we are all Indians and equal in all ways. While societies cannot divorce themselves from religion, they can certainly rise above caste issues. The former, in whatever form it may be, guides one to be a good human being and treat all human beings alike – unless one deliberately misinterprets his religion. The later invariably imbibes a superiority complex in some who then rejoice in making others feel inferior. Religion is an individual choice that can only make the society better if all practice their faith in its true form and keep it personal. However casteism is a bane of the society that classifies individuals in categories where erroneously some feel they are higher forms of human beings than others. Casteism is synonymous with creating unequal opportunities for different sections of the society for development and moving ahead in life. In today’s world this is unthinkable and therefore the need to eradicate casteism on war footing. If it is not done the nation cannot hope to advance and meet the aspirations of its youth. India is a prime example of this and it is no wonder that we continue to lag behind most of the world when it comes any index that defines quality of life. 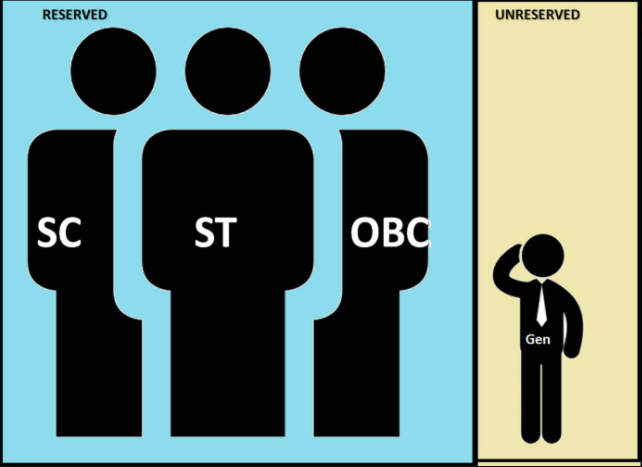 The problem does not lie only with upper caste sections of society. The lower castes too have to share the blame. While they take umbrage if someone refers to their origins, they have no qualms in proudly highlighting their origins when they seek special privileges like reservation in an educational institution, a job in a government department or a subsidy that the government may offer them. In fact they have become so used to such special considerations that today they demand them as a right even at the cost of others. The results of such flawed policies and approaches in last seven decades are there for all to see. While lower castes are seemingly pampered, some others feel they are being penalised just because they were born otherwise. The question is why should where and how one was born be a criteria for any right or privilege? Rights and privileges must be earned and then enjoyed instead of being showered on a few due to benevolence of powers to be. It is well known that the best way to spread rot in a society is to keep giving it crumbs for free. Once they become used to freebies they stop working and sooner than later start demanding freebies as their right. The end result is that the society is divided between givers (the superior lot) and acceptors (the inferior lot) with clearly demarcated boundaries. Thus freebie culture invariably abets the caste system and makes it worse.

No one questions the need for a judicial system that is proactive in addressing genuine concerns of less privileged people if they are wronged by those in power or better placed in society. However it will be in fitness of things if such a system does not give any unfair advantage to the complainant. The logic is simple – every Indian must be seen equal in every manner. This is what the recent Supreme Court judgement had tried to do wherein it said that for any crime against a less privileged person there must be an initial enquiry to establish the crime before the perpetuator is arrested. Unfortunately the politicos in our country, in their singular quest for votes, twisted the whole judgement and made it look as if henceforth the less privileged will not get any justice at all for crimes perpetuated against them. This is what resulted in riots, arson and looting by Dalits and others masquerading as Dalits. Is it not an irony that the very sections of society who claim to be oppressed and backward have power to bring parts of the nation to a grinding halt by their agitation and make others suffers?

It is time society as a whole realises that need of the times is not freebies and reservations since these will never solve India’s problems related to backwardness and poverty. These measures only help a few from among the less privileged in the society. Unfortunately these few then become the privileged few from among the unprivileged and usurp all the freebies for generations. This results in bulk of the underprivileged remaining where they were apart from antagonising others in the country that do not get such special treatment. Is it any wonder that the nation witnesses agitations both for reservations as well as against reservations? In the final analysis both sections of the society, those who get freebies and those who do not, remain dissatisfied. So what should be done to overcome this national shame of casteism, reservations and fragmentation of our society? In this context it is pertinent to recall Ratan Tata’s words-‘I am proud of my country. But we need to unite to make a unified India, free of communalism and casteism. We need to build India into a land of equal opportunity for all. We can be truly a great nation if we set our sights high and deliver to the people the fruits of continued growth, prosperity and continued growth.’  Taking a cue from his words, here is a check list of what can be done:

India cannot afford to wait for generations to achieve this major cultural change in its society. The change process must be driven with the accelerator pedal fully depressed. Governments, both at centre and state level, must work together and take the public with them because ultimately it is the public mindset that needs to be changed. Focus must be on individual and societal development instead of just subsistence with government largesse based on reservations or freebies. The aim should be to create an environment that provides equal opportunity to every Indian for earning a decent living. If this happens then every individual will contribute to nation building, be proud of his country apart from holding his head high.