Though satellite system has been used by police for many years to keep a close vigil on this illegal plant (hemp) cultivation but due to old technology system, location of such hidden areas was not easy to detect but now updated system of modern server opted by NCB brought a hope of more success in this drive as this new system is being said capturing more clear and closer images of those vast areas having been cultivated with hemp seeds in far-flung forest land remains almost untraceable for police, resulting in uninterrupted flow of this business.

It’s learnt that now days charas mafia is busy sowing hemp seeds at inaccessible pockets of district to run the illegal activity secretly. Keeping this in view, police and NCB plans tightening it’s noose on offenders with the help of better technology adoption. 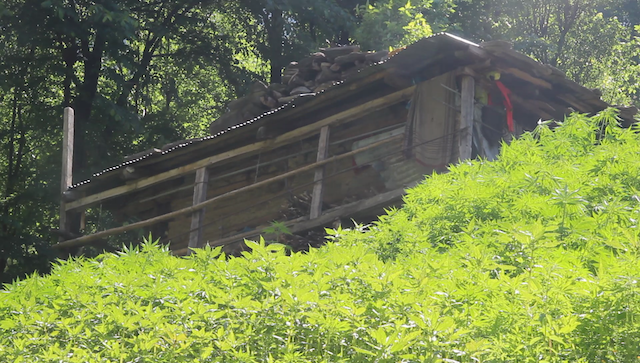 District Police chief, Shalini Agnihotri told media that police was always on it’s toes to handle the menace of charas mafia. But we had to keep ourselves more updated controlling such offenders as they too were adopting more clever ways to continue the illegal business secretly. After locating drug plants cultivated areas with the help of modern server, NCB would immediately inform the police which definitely would prove to be helpful resulting in more successfully conducting the drive against charas mafia and drug business.”
Agnihotri also appealed villagers to cooperate administration keeping such miscreants in control. She also said, ”Role of public in every developmental initiative can’t be ignored at all. That’s why police organizes awareness camps in rural areas with the collaboration of local youth groups and mahila mandals time to time.”

It’s notable that far flung areas of Manikaran valley are profoundly used by charas mafia to grow high quality charas capable of fetching high prices in international market. Though every year police destroy hemp plants over hundreds of bighas of land but all efforts seem to be insufficient as even after cannabis destruction drive on such large scale by police, charas mafia manages continue it’s business cleverly. Which encourages police adopting latest technology for better and more successful results tackling the mafia.