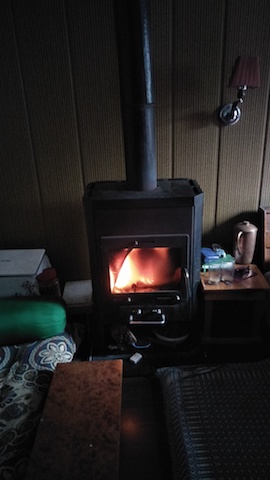 Manali: The season’s first snowfall plunged the mercury down in Kullu valley. Devoid of centrally heating systems, powered either by solar power or electric power, people of the valley are forced to adopt the age old traditional way to heat their houses.

Curtailing subsidy on LPG cylinders, something that hill folks had come to rely upon as an alternative for winter heating needs besides cooking purposes, has forced Kullu valley residents to fall back on the age old trusted fuel of wood heating systems with the ‘bukhari’ (a fuel wood burning metal container also called tandoor) making a comeback as winter engulfs the region

With the advent of the winters has the locals stocking up loads of wood to live through the cold days ahead.

Tandoor or ‘bukhari’ is more like a traditional and cultural symbol of Kullu valley rather than just a means for warming up a cozy home.

It is made of iron or brass, is oval or square in shape and has two or three openings used for cooking purposes with a chimney for the smoke exhaust.

The ‘bukhari’ is used mainly as an inexpensive means to keep the house and its resident warm during autumn and winter.

In fact during winters when the snowfall is heavy, the ‘bukhari’ takes centre stage and all the household activities, be it cooking, eating, weaving wool, playing cards or simply watching television, are held in the tandoor room where the heating system is installed.

Most houses, even those that are newly built, have a special room dedicated to where the ‘bukhari’ is installed for the winters.

Villages in the upper reaches of Kullu valley, where the cold is really intense and long, a bonfire room or a ‘bukhari’ room is the lifeline for the hill people to live through five to six months of winters. 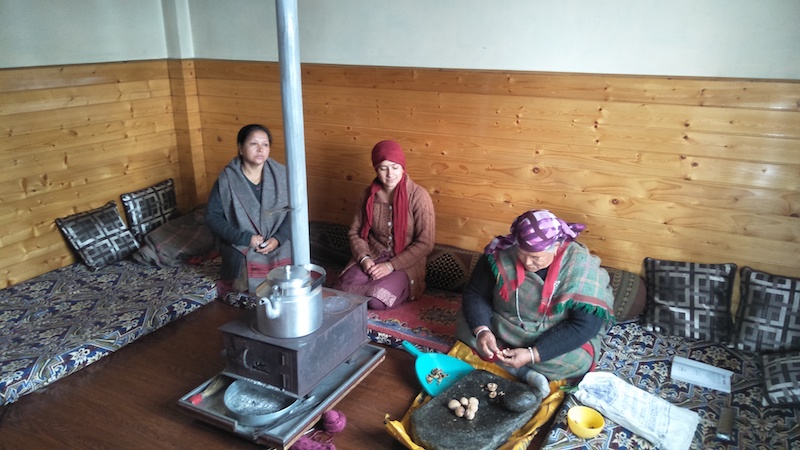 “Though there is good amount of sunshine in the day but temperatures starts to come down at dusk,” says Mani Ram, a shop owner in Akhara Bazar, Kullu, who is making brisk sales of bukhari’s with the onset of winter in the valley.

Over the last three weeks, the tandoor’s sales have really picked up,” he said.

Tandoor is an easy to use, multi utility warming device which is one of the reasons that it has survived even in today’s multi metallic age of various modern gadgets of heating that include gas and electric heaters.

“Despite availability of latest electrical heating systems, but due to erratic power supply, especially during winter months, one has no option but turn to age old and traditional heating systems,” says Joginder Rana, a orchardist from Karjan village on the left bank Manali.

“Nowadays, inspite of the ban on the green felling by the state government, many villagers still places orders for traditional tandoors and the people living in the city demand for fancy tandoors that have brass decorations on them so that they look more beautiful,” says Raman Kumar, who in Manali has been making the tandoor since childhood.

Sunita, a housewife from Karjan Village said “we get almost 2 quintal of firewood on one ration card for a month that costs Rs 410 per quintal which simply is not sufficient. After burning it one has to rely on the black market supply which costs Rs 6000 per tractor load.”

With the sharp increased in price of domestic LPG cylinders, more and more people are switching back to tandoor heating systems that are bound to add more pressure on forest resources.

With the Himachal Pradesh government pitching to become the first carbon neutral state in the country, rising use of fuel wood for heating purposes that is bound to rely on existing forest resources may just defeat the cause of getting there.