Noronha, taking courage in both hands, warned the Prime Minister that as the District Magistrate he was the final authority, and that if Nehru took one step towards the mob he would be arrested immediately. Nehru backed off, the meeting took place in the Circuit House, and peace was restored to the town.

It is unusual in these troubled times for a serving government officer to publicly comment on events happening around him, even more so if they have a political colour. Yet that is exactly what Raghvendra Vikram Singh, District magistrate of Rae Bareilly in the Hindutva heartland of Uttar Pradesh did on his Facebook post earlier last week. He was reacting to the deliberately provoked communal clashes in Kasganj in western UP on Republic Day. Singh questioned the new trend of holding “tiranga yatras” in Muslim dominated areas; these are his exact words:

“These days a strange trend of visiting Muslim dominated localities and shouting anti-Pakistani slogans has started. Are they Pakistanis? The same thing happened in Bareilly. Why don’t we raise anti-China slogans when the fact is that China is a bigger enemy than Pakistan ?”

Perhaps it was Singh’s army background and training that made him be so forthright, for the IAS is not known to err on the side of bravery and it would much rather cower in the shade of its political masters. Or maybe it was the conscience of a decent man and the personal belief of an able administrator who had had enough of this rabid madness. Singh had personally dealt with this malevolent coercion last year when the Kanwariyas – the so called Shiv bhakts- had marched through his district, and his sole concern was to highlight the law and order consequences of such dangerous conduct. As a District Magistrate he had every right to voice his concern and sound a note of caution. For in the final analysis the DM is the final authority in his district on such matters, the senior most police officer under the CRPC. No one – not even the Chief Minister – can order him to do something which he doesn’t want to do in a law and order situation: he can be transferred, certainly, but not bullied and suborned by any politician. Unfortunately, this basic tenet of law has long been forgotten, and I’m sure it’s no longer even taught in the Academy. But Singh’s forthright conduct, in the best traditions of the civil service, brought to my mind something I had read a long time ago. 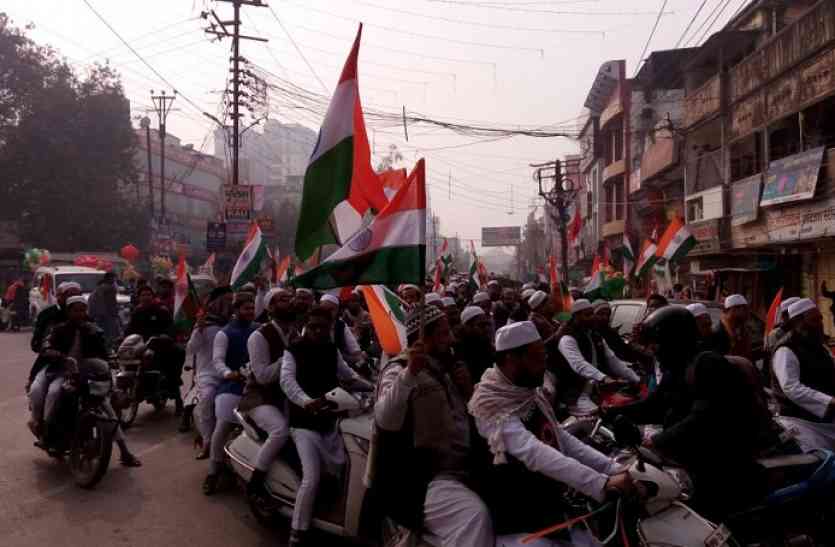 It was an autobiography by Mr. R.P. Noronha, ICS, who was the Chief Secretary of Madhya Pradesh between 1963 and 1968. Titled “A tale told by an Idiot”, it recounts a very interesting incident. As DM of a district Mr. Noronha once had to confront an ugly communal situation in which the two communities were ranged against each other, fully armed, across a road. Much violence had already occurred, and only a thin line of police separated the two hostile groups. Precisely at this point in time, Jawaharlal Nehru, the then Prime Minister decided to visit the town and negotiate a peace between the warring factions. He was brought to the town, and Noronha offered to bring representatives of the two communities to meet him in the Circuit House. Nehru, however, insisted on personally going to the spot, which was becoming more volatile by the minute. No amount of reasoning, of security concerns, could convince him to give up this insane idea. Finally, Noronha, taking courage in both hands, warned the Prime Minister that as the District Magistrate he was the final authority, and that if Nehru took one step towards the mob he would be arrested immediately. Nehru backed off, the meeting took place in the Circuit House, and peace was restored to the town.

Can we even consider such a scenario today ? Civil servants like Noronha and politicians like Nehru are a faded memory. What we have instead is the Adityanath govt. stating that it will take disciplinary action against Raghvendra Singh. This instant response by a thoroughly compromised govt. is interesting and a dead give away. Firstly, there are no legal grounds for any action against the DM: he has not violated any conduct rules – he has criticised the mobs and Muslim baiters, not the govt. Secondly, by taking objection to Singh’s post, the govt. of the state has explicitly allied itself with these same violent groups and given the game away: the fringe and the government are one and the same and will protect each other. Thirdly, as long as a govt. servant does not publicly criticise any govt. policy he has full freedom of speech and the right to express his opinions. It is certainly not the policy of the UP govt. to take out ‘tiranga yatras’ in Muslim areas, and that too without the permission of the district administration. Fourthly, the ruling party in UP should come out of its gaushalas and acknowledge that in the age of Twitter, Facebook, WhatsApp and Instagram it is futile to try and censor public discourse – truth will out.

It is heartening to see some serving and retired officers come out in support of Mr. Singh, but I do wish the UP IAS Association would also take a position on this. There’s a lesson in all this for my erstwhile colleagues in the civil services also: evil triumphs when good men refuse to speak up. A civil servant does not jettison his conscience and sense of right and wrong when he joins up; he pledges to uphold the constitution and rule of law, and if the actions of any individual, group or political party violate these he is not obliged to remain a mute spectator. Mr. Raghvendra Singh has just set the bar a bit higher and given us enough reason to introspect.