Manali,03, January: Landslides and cloudbursts, mainly during the monsoon months have wreaked havoc in Himachal Pradesh during the past so many years. Landslides have blocked roads at many places, leaving many passengers and tourists stranded in many parts of the state. It’s now the time to think about it.

About 30 years ago more area of Himachal was covered with by pine and deodar forest. Today, the whole land is ploughed for soil-depleting crops like Apple, Plum etc. Without sufficient amount of shade and constant replenishment through organic material such as leaves and animal droppings, the top layer of the soil leaches out and turns to sand over a period of time. Trees are gone; wild animals are chased away – there is no replenishment of the soil Further, we are destroying the soil and water resources at such a rate due to uncontrolled urbanisation in the towns, At such a rate that in another 10 years’ of time towns are heading to a human originated catastrophe. 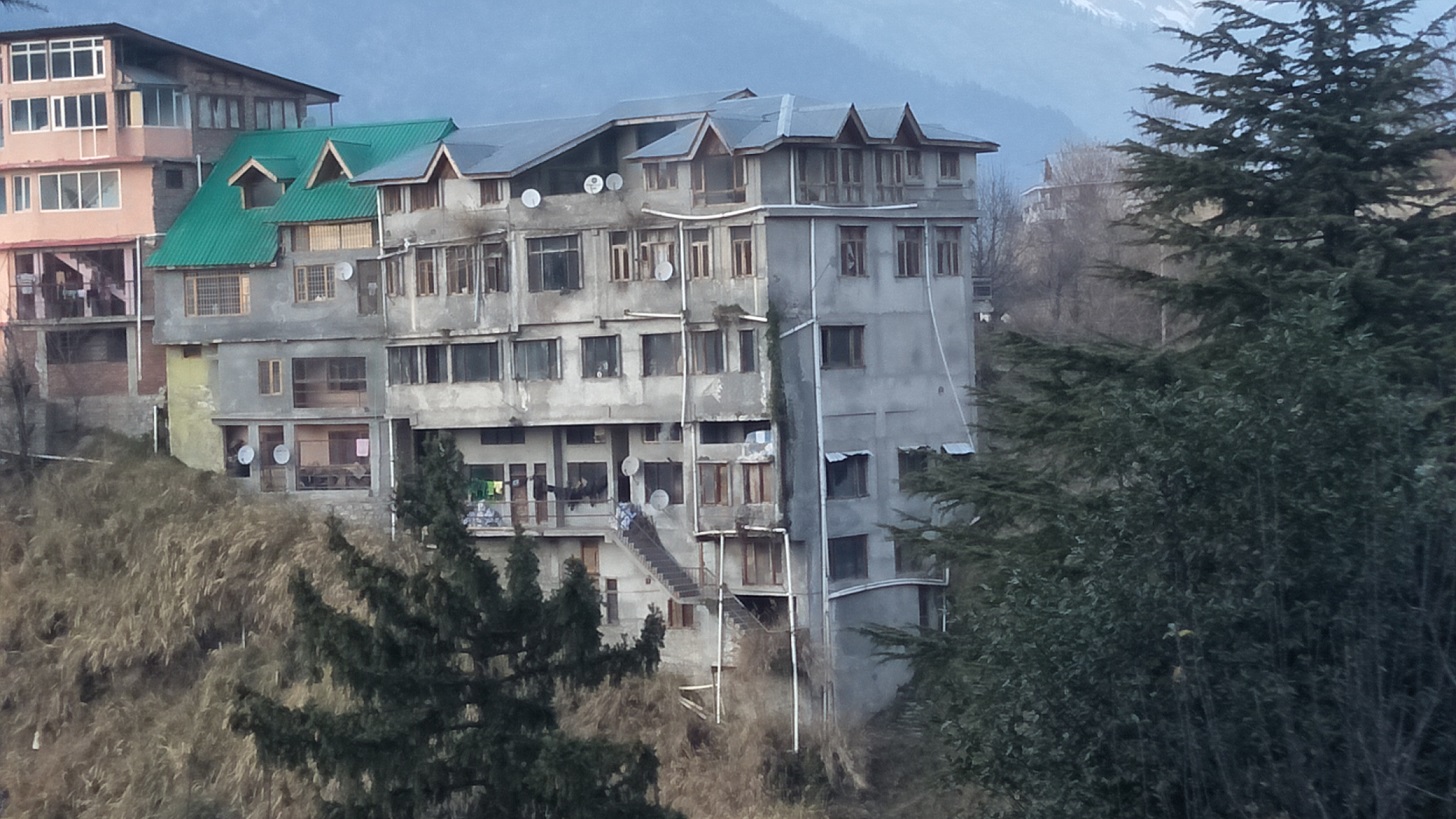 This is not any mythological prediction, there is an unambiguous evidences during last days rains proves that this is where we are headed. One of the multiple reasons that make this region vulnerable for rapid erosion of soil and rapid destruction is the narrow geographical spread and the nalah’s, streams running along the hill slope of Himachal that has mostly soil depleting crops and other reason being inorganic and uncontrolled urbanisation to serve rapid growth of population and tourism leading to construction of multi-storeyed hotel’s, unauthorised mega hotel structures, villas constructed by builders directly being the cause of burdening the tectonic plate of Himalayan mountain range. We need policy makers to wake up and come up with policies which establishes that, where there is government land around water bodies, forests will be re-created and where there is private land along the Nala’s , streams, and in line of public roads, soil binding crops should be planted. Pine, deodar trees are one of the best, but also best strategy is to plant a mixture of trees, shrubs, plants, and ground cover to contain soil erosion. Many different trees species are deep-rooting and appropriate for erosion control like Maple, Cascara and many more. 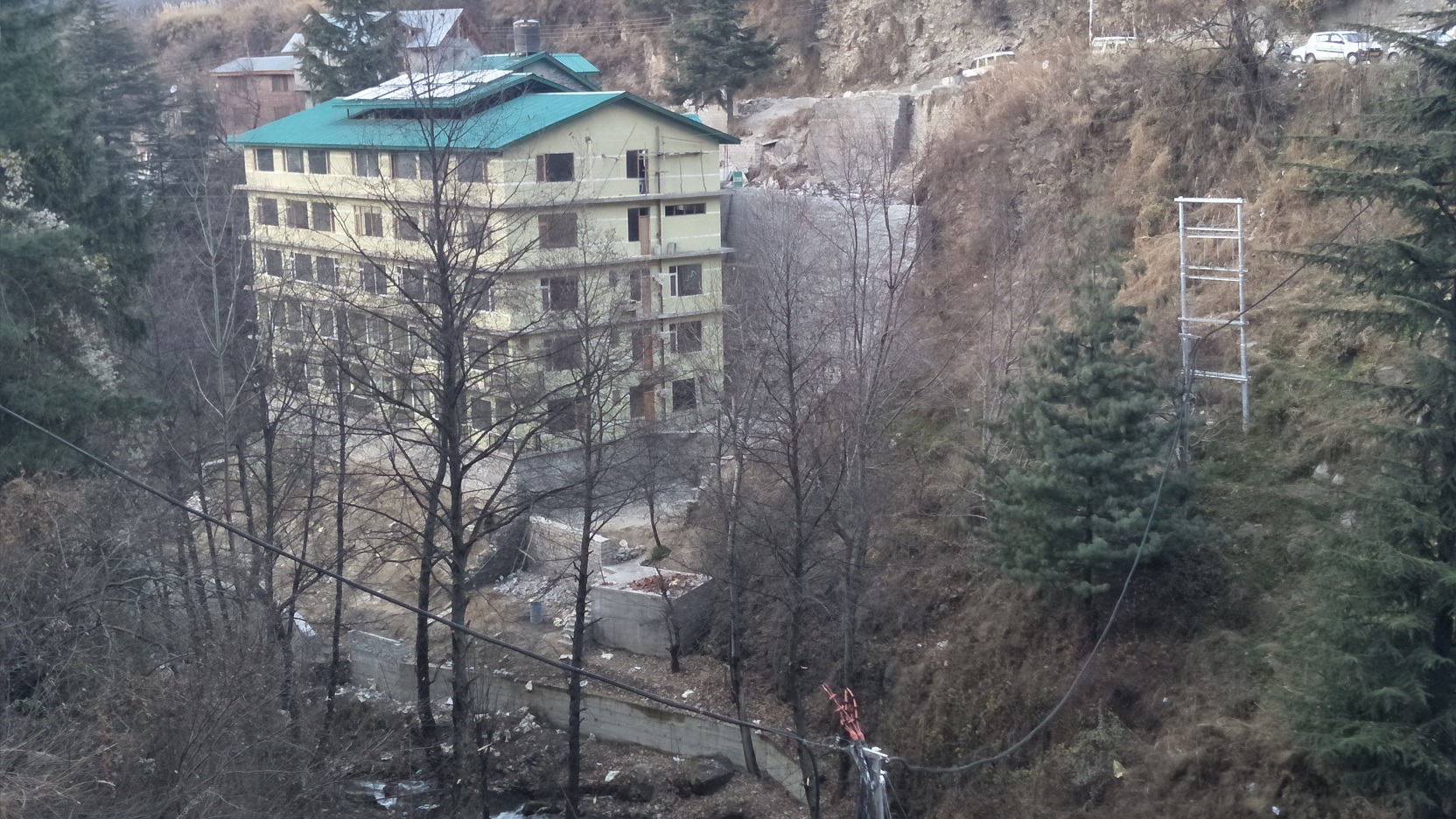 Referring to Isha Foundation’s work Vishwas Tengse said “There is substantial research on agroforestry and horticulture that we can draw upon. The important thing is to create a canopy of soil binding trees for shade, organic activity and organic matter for soil to become rich and moist for shrubs, plants and ground covers to grow thereby meeting two vital purposes at once of feeding the river and controlling soil erosion. We need to come up with a comprehensive plan that is profitable for people who live in the villages.

Vishwas also added that “His appeal to every panchayats and individual of the region that they can participate in this movement replicating the efforts in Himachal Pradesh. We urgently need to shift from thinking of how to exploit our rivers to how to revitalise them and how to save our agricultural farms and farmers lives from devastating effects of rapid soil erosion. We have to make everyone in the state aware that there is express needs for action in this direction. We need all the states to come together and work out a common policy. The fact that the Canter has moved a bill to create a single tribunal to resolve water-related disputes between states could help facilitate that. Saving the river project will not only replenish the river but will do a major life shift in saving the land on the river the river as well from rapid soil erosion that we are witnessing at Kullu Valley.

Vikram thakur, resident of Manali speaking to daily post said it is a fact, we have to act now to save our himachal from unplanned tourism, concrete jungles and roads. No new tourist roads should be made to prevent the remaining flora and fauna. More deodar trees local trees should be planted and less of apple trees and .total ban on new hotels at tourist places.