In the times of technological advancements and revolution, I may thank my lucky-stars , that I had my childhood in the times, before the technology took over.

Yes those were the times , when  land line phone was still considered as a luxury and ‘Grandmother tales’ were still not in the category of being an  extinct or vague species.
It was then, I taught my grandmother to dial numbers on the land line phone and it became one of the most thrilling and amazing experience of my life , making me the talk of the town, that how I did a commendable job of teaching my  sixty-five year old grandmother residing in the hills,   to dial numbers and make phone calls.
Well all this happened, more than a decade back .My grandmother was a quick-learner, unlike us ,the kids, who required a good amount of thrashings and yelling for learning our lessons well, as there was no spare the rod concept then.
But now, somewhere caught in transition of being a learner ,adapter and a teacher , role-reversals are plenty .
Children of today are the products of Technological  Revolution for sure, but in the times of cut-throat competitive world, they not only have to deal with the distractions caused due to the social-sites, but  playing the parental role to the not-so  Net-savvy parents.
And let me tell you ,this  is definitely  not-at-all a child’s play , especially when your parents coax, complain and then emotionally blackmail you to teach them the nuances of the technology and once done, never revise their lessons well, failing miserably, each time you teach them.
Making the poor children feel more like complete failures .
If you make fuss about your parents not following your lessons diligently (which many times boosts our ego) one realizes we have called for the trouble head-on, as how promptly they back answer you , that they are the ones who taught us “How to hold a pencil” so better not  to act over smart with them.
It is then one realizes , that we were better learners and much well-behaved as kids,  as compared to our parents, who left no stone unturned in scolding us, when we failed to comprehend their instruction as kids. But now, your parents flunk miserably as students ,not even deserving ‘Grace marks’.
Though the technology becomes the bone of contention, as they complain about kids being 24/7 on their mobile-phones. But then the technological bug has bitten them as well.
Each time the auntie in the neighbourhood uploads her pictures or changes her display picture on the mobile group,my mother’s world goes topsy-turvy, the  true competitive spirit can now be seen very well  amongst the  non-enthusiast, but  as the competition begins,  the pressure mounts two-fold for the poor progeny. 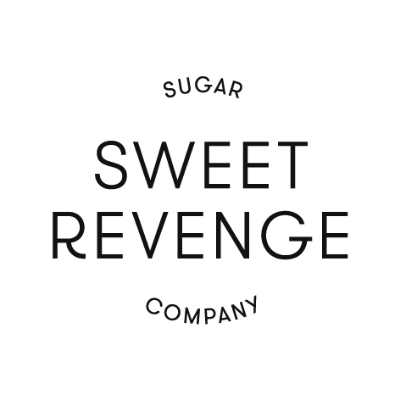 It won’t be wrong if I may consider myself, as the self-appointed social-media handler of my parents social sites.
It has its shares of pros and cons and  the other side of story as well.
May be its the right time for the ‘sweet revenge’!
As parents take baby steps to embrace the technology , it is the time to make them taste their own medicine.
Dad may be an expert on banking matters, but when it comes to wishing someone through Facebook or WhatsApp, it becomes a ‘Mission Impossible’ for him, putting the spotlight on me, and how I come to his rescue saving him from the embarrassment , but not before he has cursed the ever-changing technology, a few times.
As a child, we were given lectures and sermons to take care of our things,   but not anymore, after I caught  my dad’s biggest committed blunder till date, Yes!  he gave his Wi–Fi password to few of  his neighbours, and they very conviniently used it, after all it is all about ‘Love thy neighbour’ but such things did not apply to us ,as kids.
.
Not only this, several times when he exhausted his mobile-data, without realizing that Wi–Fi connection despite of running slow is doing its job, he  visited the shopkeepers revealing his facebook passwords that too, very innocently and on being confronted by me , very casually he mocked my social media lessons of being useless.
Though one may not find him committing the same error with his Bank Cheque books or ATM cards, despite of our repeated attempts, but then we always know how to take a ‘sweet revenge’ .We just have to wait till ,whenever next time he wants to type a comment or wants to delete the wrong emoji sent to a relative or a friend.