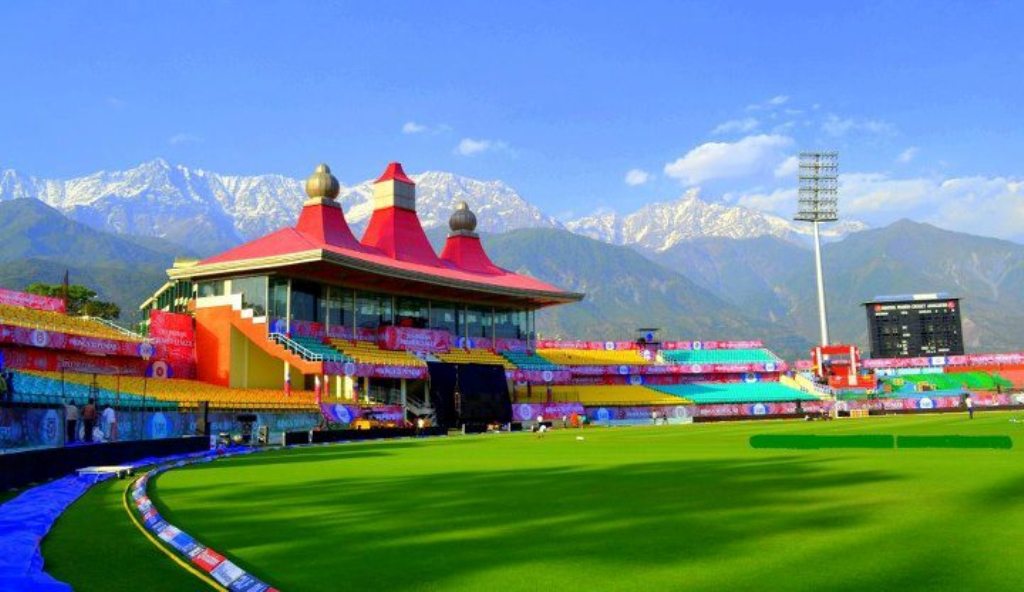 Dharamshala: At a time when the state will be in the midst of a keenly contested assembly election, the visiting Sri Lanka cricket team in December will play a one day international match here.

Scheduled for 10 December, the scenic HPCA Dharamshala stadium will be hosting an international cricket match after a gap of 14 months.

As per the  Board of Control for Cricket in India announcement about the itinerary for Sri Lanka’s tour, later next month, after playing three test series at Kolkata, Nagpur and Delhi from 16 November to 6 December, three One-Day Internationals matches starting from Dharamshala are on the cards.

This shall be the fourth ODI at Dharamshala being held after a gap of 14 months. This shall be the first one between India and Sri Lanka. The earlier one were with England played in 2013, West Indies in 2014 and New Zealand in 2016.

Out of three ODIs played at this stadium, India has won two, loosing the one against Englasnd. The score of 330 for 6 in 50 overs  is the highest ODI score registered here that India made against West Indies., the lowest being that of 190, all out in 43.5 overs by New Zealand.

The weather in early December shall be fairly pleasant here for this day and night encounter.

Besides the test matches and ODI’s, the Sri Lankan team will also play three Twenty20 Internationals.

The T20Is will be played in the penultimate week of December on alternate days starting December 20 in Cuttack before moving to Indore (December 22) and the culmination of the tour in Mumbai on December 24.