Shimla: Governor Acharya Dev Vrat from The Ridge at the city centre flagged off the 9 day gruelling mountain biking race that would pass through some of the toughest  biking tracks in the region to conclude at Dharamshala on 9th October. The biking event, being  organized by Himalayan Adventure Sports & Tourism Promotion Association (HASTPA) in collaboration with Hero Cycles, is a one of its kind adventure in the Himalayas. 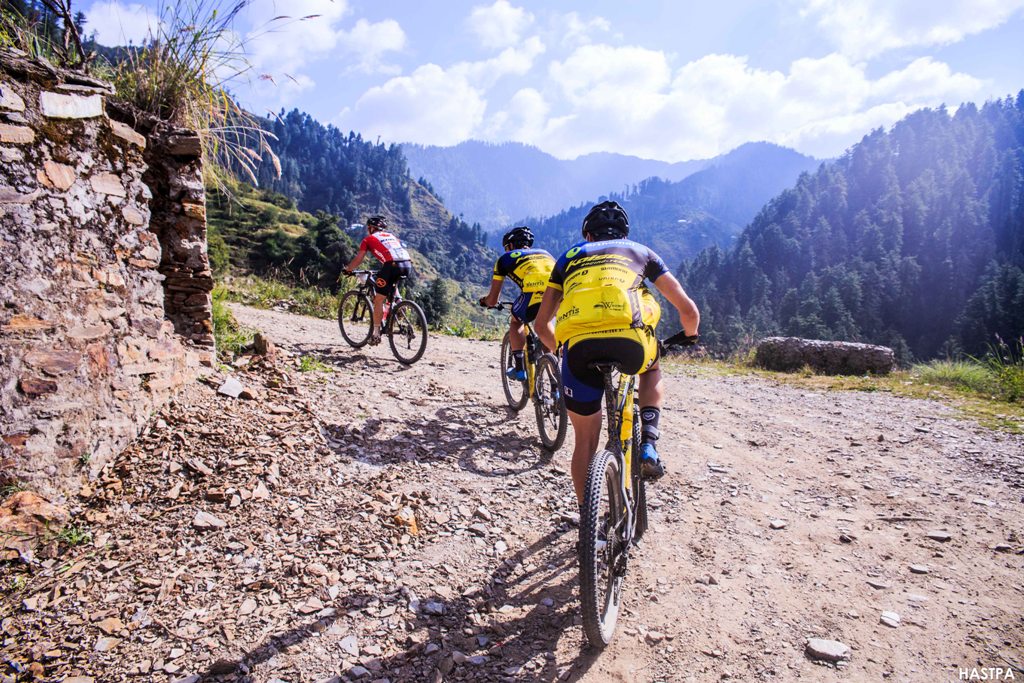 The race comprises of an exciting and excruciating 9 day journey will saw talent of  the 90 odd riders .

Mr Mohit Sood, President HASTPA said, “We have strived to develop this sport in this part of the country and promote local talent.  This year we have the highest participation from women with Poonam Rana being one of the 13 total women participants in the event.”

The highest point of the race is the Jalori Pass, at an altitude of 3,131 metre.

The current ‘Queen of Himalayas’ Catherine Williamson is participating this season again to defend her title.She made a hat-trick last year by winning race in the Women Solo category.

Shimla-based Ankush Arya, who rides for Hero Action team, got an opportunity to compete with Catherine and Cory in the last season. This time he is again participating .